Did You Hear That? Pink Floyd Wish You Were Here

By Jack Sharkey
At the height of the Classic Rock era, no band was subject to more rumor, examination or myth than Pink Floyd. For example:
The Mars Rover contains an encrypted message that is believed to be the words wish you were here. NASA has never verified this, but it’s more fun to live in a world where that might be true.

David Gilmour hung out in a van outside Madison Square Garden (or a concert venue near you) inviting fans in for a chat and a jazz cigarette a few minutes before the show. That rumor even made it into print but (as far as anyone can remember, which might not be a lot of people), it is untrue. However, 511 people were arrested on drug-related charges at a 1975 Pink Floyd show in Los Angeles, and since Gilmour wasn't one of them the story seems even less likely to have happened (at least in LA). 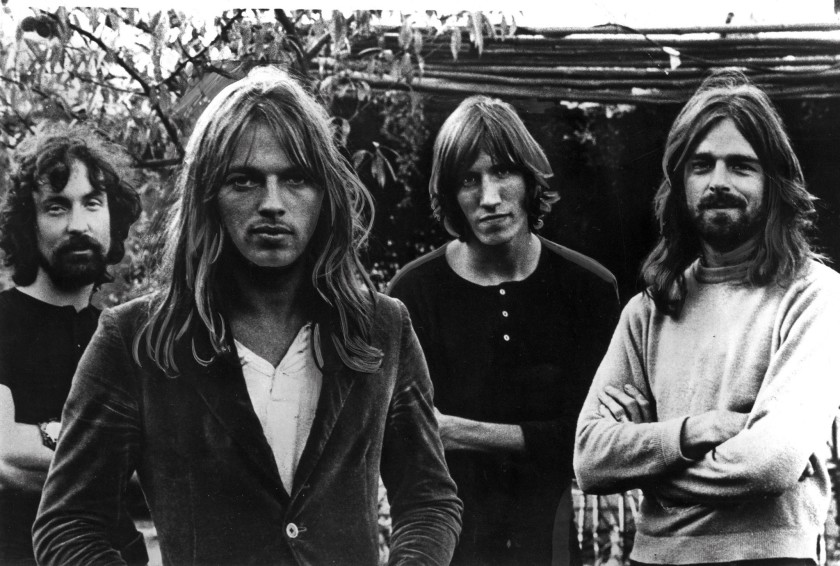 Band founder Syd Barrett visited the studio during the recording of Wish You Were Here but was unrecognized because of his disheveled appearance and catatonic state. Sadly, true.

Dark Side of the Moon synchs up exactly with the original Wizard of Oz. The Interwebs are full of detailed dissections of this, and the theory has been around since right after the album came out. I hate to be a buzzkill, but the album is 44 minutes long and the movie is 112 minutes long, but don't take my word for it, try it for yourself, it's kind of a fun way to listen to the album and watch the movie.

As a follow-up to Dark Side of the Moon, the band spent four weeks in the studio recording music using only household objects like wine bottles and rubber bands instead of traditional instruments. Their efforts produced 90 seconds of music and the project was scrapped. This is actually true, so maybe all the mythology has some basis in fact, which brings us to the actual commercial follow-up to Dark Side, Wish You Were Here, specifically the title track.

Gilmour recalls sitting in the parking lot at Abbey Road Studios with a microphone that had been run outside while he randomly tuned the radio. The recorded radio bits were then used as the opening to the song. The main guitar riff is EQ’d so that it sounds as if it were coming out of the radio as well – it’s really a brilliantly arranged segue. Gilmour’s beautifully recorded acoustic guitar lines come in at the 0:59 mark and play against the EQ’d and compressed electric guitar lines – a fabulous use of multi-tracking technology. When taking the complete album into account, the preceding song Have A Cigar ends as if the song is being sucked into the radio (read the lyrics and you'll get the reference). As Wish You Were Here opens, the listener (us) is searching for more music.

Listen closely at the 0:43 mark and you’ll hear an obviously unhealthy Gilmour cough and then sniffle. When you can hear it clearly, it’s really kind of disturbing. It was most likely left in because it’s subtle (until you focus on it – then you can never unhear it) and it fits the arrangement perfectly. Some writers have attributed Gilmour as saying this is what convinced him to give up smoking because the rock star life was obviously killing him, but it’s just as likely (but not as rock star cool) that Gilmour simply had a nasty mid-winter flu.

It’ll take some serious gear and some major directed listening, but you can also hear classical violinist Stephane Grappelli playing on the song as it closes (before the whooshing air sound effect takes over). Until the album was remastered in 2011, it was believed that Grappelli’s contribution had been scrubbed from the final mix, but it was there all along – you just have to work a little bit to hear it.

There are quite a few other hidden gems in this masterpiece album, so turn up the volume and settle in for some serious listening to so what you can discover!