You've built your dream audio or home theater system but the bass is just not cutting it. You've tried everything but nothing has worked. It's time to look beyond the system into your room - you may have a standing wave issue. But fear not, standing waves are easy to solve.

You may have heard you need two subwoofers to get the most out of your home theater system and you probably filed that bit of advice in the "Sales Ploys To Make Me Part With Even More Of My Money" folder. However, there's some serious science behind the claim: If you've tried to solve the standing wave issue with positioning and you're still plagued by weak bass, adding a second subwoofer might just solve your problem.

Standing waves are formed when the reflection of a frequency in a room with parallel walls meets that same frequency coming from the source. Where a trough in the reflected wave meets a trough in the new wave, a discernible reduction in sound energy occurs. The opposite also happens at the peak of the two waves, causing a large surge in the audio energy produced. The troughs and peaks are what cause rooms to sound unbalanced - in one area there's too much of the same signal while in others there's not nearly enough.

For the uninitiated, a standing wave can best be demonstrated by this video of a river washing out to sea at a continuous rate, forming peaks and troughs in the water:

If the water in this video were sound energy, the surfer at the bottom (in the trough of the wave) would hear less of the frequency the wave is producing, while the surfer at the top would hear more. If the rate of water flowing to the sea changes, the location of the standing wave changes as well. 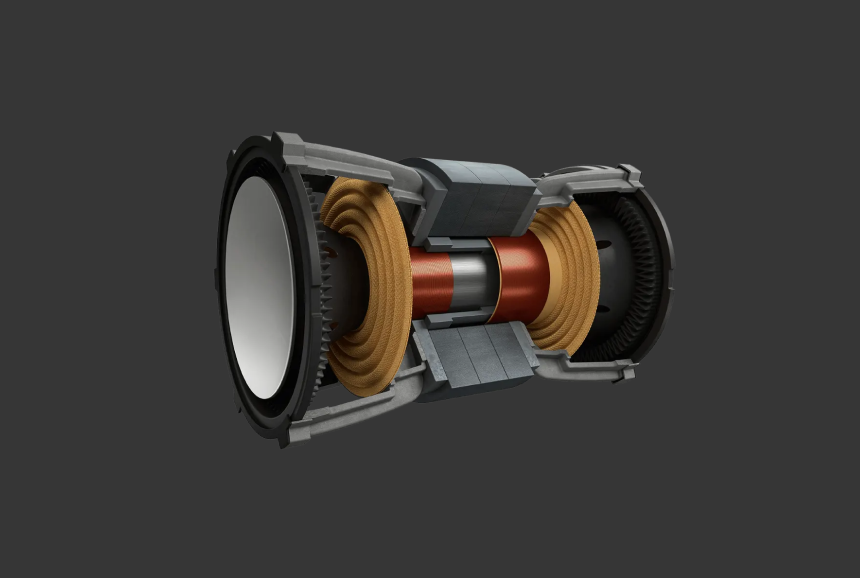 In this image, the blue is the wave from your subwoofer and the red is the reflected wave. The resulting standing wave is shown in black.

In a room, the location of the trough in a standing wave will remain constant with frequency, meaning that a standing wave produced by an 87Hz signal (for example) will have a trough in the same area. This means that if your seat happens to be in the same place as the standing wave trough of an 87Hz note, you're not going to hear that note with the same energy as all the other notes. The opposite is true for peaks, where the note (or sound) will sound artificially loud compared to notes or sounds in other frequencies. There are formulae to figure this all out, but for the sake of this piece, we'll keep it simple.

Because of their physical length, bass frequencies are affected by standing waves far more than higher frequencies. Therefore, in order to flatten the peaks and eliminate the valleys, the addition of a second, identical, subwoofer in an asymmetrical relative position is the most viable solution.

Flattening Out the Troughs: The Asymmetric Second Subwoofer

If you're spending a substantial amount of money on a system, furnishings and treatments, it makes sense to eliminate poor bass response right off the bat by investing in an easy and surefire solution to the frustration standing waves will cause.