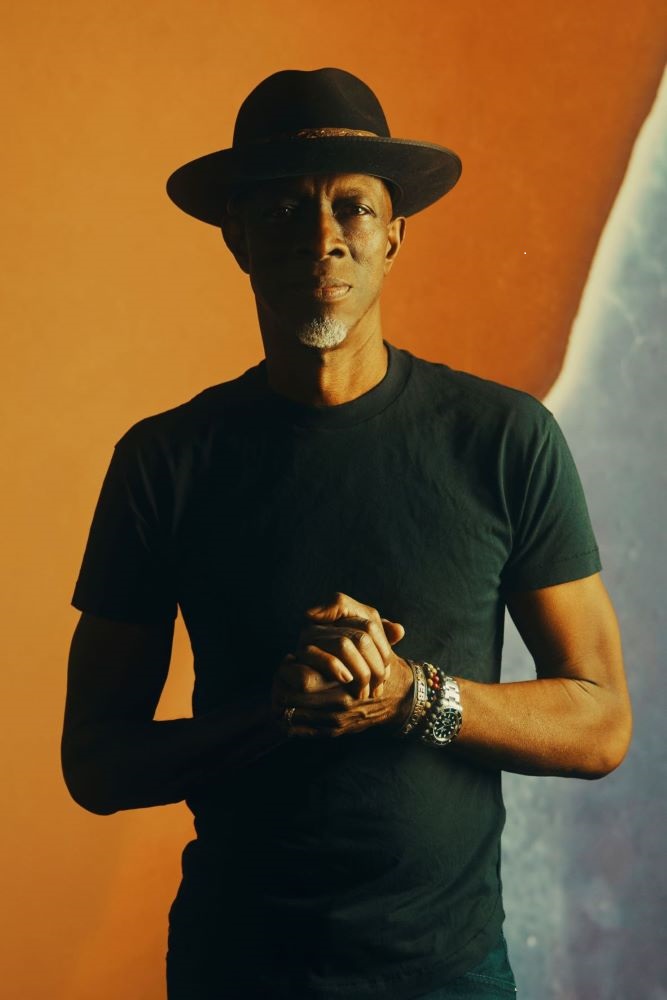 Keb’ Mo’ has been called the ‘living link to the Delta Blues,’ a form of music that traveled up the Mississippi to places like Memphis, St. Louis and Chicago before spreading out across the nation and eventually the world. Rock & roll in the Sixties owes it’s very existence to the Blues records British teenagers were buying from local US military commissaries before taking what they heard and turning it into the music that dominated the British and US charts – and the rest of the world – for the rest of the Twentieth Century. The importance of the Blues on the culture at large cannot be over-stated and artists like Keb’ Mo’ are important connections between the tradition and the future.
His fifteenth album Good to Be… released in January of 2022 deftly sends the message that life has its moments but it’s all good. Cameos by Darius Rucker, Old Crow Medicine Show and Kristin Chenoweth place the music in several different categories at the same time, but as always, the essence is the story-telling tradition of the Delta Blues.

Thanks to the kind folks at BMI in Nashville, I was able to sit with Keb’ for a wide-ranging discussion on the Blues and the pleasure of a great stereo system. And I would like to thank the staff at BMI, and Keb’ for patiently waiting while I fought Nashville CMA Fest traffic which put me about 30 minutes later than I said I would be there!

How important is the sound of song to the ability to get your message across?

KM: When you make a record, or make music, how the record sounds is very important. Every element is part of it. Verse, chorus, song, performance, tempo. It’s all these things that make a song. If any one of those things goes wrong, it compromises the whole feel. We were talking about it the other day, my wife took our son to see New Kids On the Block and Salt n’ Pepa and Rick Astley was there too. That song, Never Gonne Give You Up, is as close to a perfect hit record you’ll ever hear. Everything about it came together. It’s just right. The lyrics flow beautifully, it’s sang beautifully, it sounds beautiful. These were the records being made in the 80s – 1986. The best [sounding] records were made in the Seventies and Eighties. That was the last days of tape, of analog.

But once you get your mix, the consumer needs something to play it on that’s going to deliver the right sound that the creators of the music intended it to have. Once the record leaves the barn, it gets played on earbuds, headphones, all kinds of little speakers like Bluetooth speakers up to big PA’s (Public Address systems). It gets played in all these different places and it’s got to read in all of those places. What you’re playing your music on is huge to your ability to enjoy the music and I don’t think people are really enjoying their music like they used to. I think they enjoy it, there’s more music out there, there’s more music to enjoy, and there are some really beautiful quality earbuds and headphones, but I still haven’t heard anything better than a high-quality sound system and a vinyl record played through two high quality speakers. I haven’t heard anything that sounds that good – yet. 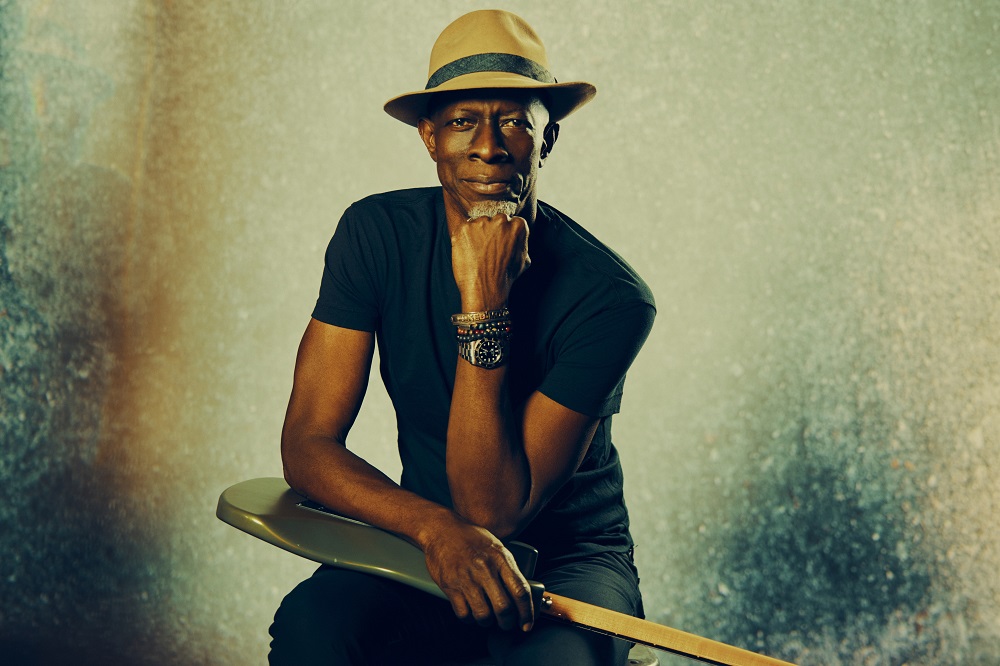 Is the experience of just sitting and listening still important?

KM: We don’t do that anymore but it’s okay. It’s a loss but at the same time we traded in convenience for the high-quality listening experience we used to get. Being an old geezer myself, where you know like, ‘you know back in my day,’ it’s bullshit because that ain’t coming back. It’ll still exist on some level somewhere and I will hold that experience deep in my heart like a lot pf people my age, and a little younger or older, but that’s not the deal anymore.

So what is the deal?

KM: If you’re not sitting in your living room with two speakers – not three – two speakers and a great amp and a great turntable and you’re not blasting that record, blowing your ears off, you ain’t really getting it. You’re not getting the point. That experience was a great experience. I just remember, I’d go to a friend’s house, there was always one kid in the neighborhood whose dad had a great stereo – I could never afford a sound system that good. They were thousands of dollars. Very expensive. And now you can get a very good pair of headphones for a few hundred dollars, but they still don’t do it.

It's still about a two-speaker system. We tried four, tried five, but we have two ears and that’s the high-quality [musical] experience. The tweeters and the woofers all balanced doing their right job. If [the music] is too close to the ears [the speakers] are not doing their job. The sound from the speakers moves through the air, bounces off the walls and then it comes in [to your ears]. Like in the studio, we don’t put a microphone right against a guitar amp, we put it a few inches out – you’ve got to let the sound breath. That’s why synthesizers don’t sound like a piano does. They don’t breathe. But I don’t look at anything and say that’s no good – it’s all good. They’re all making sounds and they’re all relevant to making music.

Listening to Blues music, you realize how optimistic the music really is. Is it really more optimistic than pessimistic?

KM: I believe so. Because you’re talking about stuff that’s really bad. Everybody needs somebody to talk to if you’ve got bad stuff that’s happened to you. Blues talks about some very embarrassing things, you know, went around the front and knocked on door and the sucker ran out the back, and your wife says I wasn’t doing nothing, you need somebody to talk to. You’re embarrassed, your humiliated, you’re heart broken, and you got to talk to somebody, so you put it in a song.

It’s always been amazing to me that as a suburban kid from New Jersey, I can listen to someone from the Mississippi Delta tell my story.

How important is Blues music to us all?

KM: I can’t speak on a scholastic form where I could say ‘this is why’ whatever, but for me, the BluesGood to Be... puts that thing in me that nothing else can. The Blues gives me permission to be real. When I hear the Blues, that’s the bar I set. When you listen to my records, that’s my point of reference. The Blues requires you to be truthful. You can’t make the blues work without it being honest and true. When you play, you’re like, it’s easy, just three chords in a pentatonic scale, I got this, let’s go, let’s count it off. No. The blues makes you have to mean it. Everyone likes the Blues because you can’t hide. So, when you play, whether you’re playing pop or jazz, the Blues is that basic thing that makes you come at it from the standpoint of the truth. You have to open your heart and play from there. 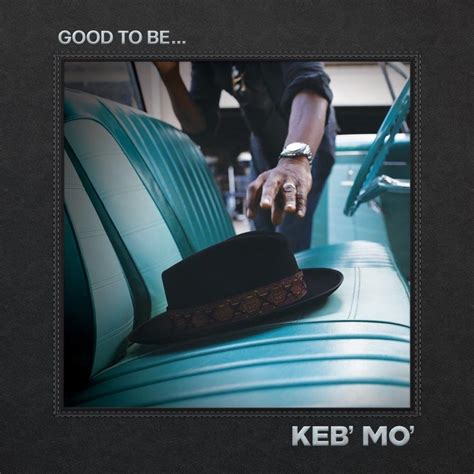 As we wound the interview down, we chatted about subwoofers: he’s not a fan for two-channel music, I boldly claimed I could change his mind with some really properly tuned subs, and then we talked a little bit about KEF and Celestion, where I explained that our mission is to be transparent to the music – we don’t’ want to add or detract at all. We want the music to live on its own without interference.

KM: You are working to be a good messenger, to translate, to give people a way to listen to the message. It’s what everybody should be doing. When I’m making a record, I’m thinking I’ve got to play it on five different references to make sure it translates. You gotta play it on a phone. Can we hear the bass on the phone? [Today] it’s like, did you hear that song? And people pull their phone out to play it, [laughs] but that’s the reference point now. You’ve got to know how to make your records sound good coming out of that little speaker. Back in the day you had the luxury of good speakers, even most radios had quality speakers, so you just had to get [your song] out of that speaker.

[Reference] speakers that we use to translate everything are the gateway. They’re the tools we use. Consumers want to hear music how they want to hear it. They get it and they turn the bass up, turn the bass down, and do things to it, but once it’s out there, once it leaves the barn that’s it.

Is that difficult for you?

KM: No. Not at all. Back in the day you couldn’t play too loud, or the record would bounce out of the tracks, so everyone turned the bass up and the treble up. That was the trick to get it to sound right, to get it to come alive. Now you don’t have to do it, but that concept is still there. Once the song leaves the barn…

Keb’ Mo’s latest album is a stellar addition to his forty-plus year discography and well worth a listen or two or three. He’ll be on tour from early July to August, in the US before undertaking a European tour. He’ll be back in the States in September. For more information, to pick up Good to Be… or get yourself to a show check out www.kebmo.com