The lullaby is universal. Across all cultures the soothing sounds of the lullaby have put our children to sleep for millennia. But why? What was the original purpose of the lullaby and why was the lullaby adopted across the globe as a way to soothe infant children?

Unlike our quadrupedal mammalian cousins, human children are necessarily small to accommodate our eventual ability to walk upright. This means, unlike horses for example, our kids don’t just hit the ground running so to speak – our extended immaturity requires intense years of care. 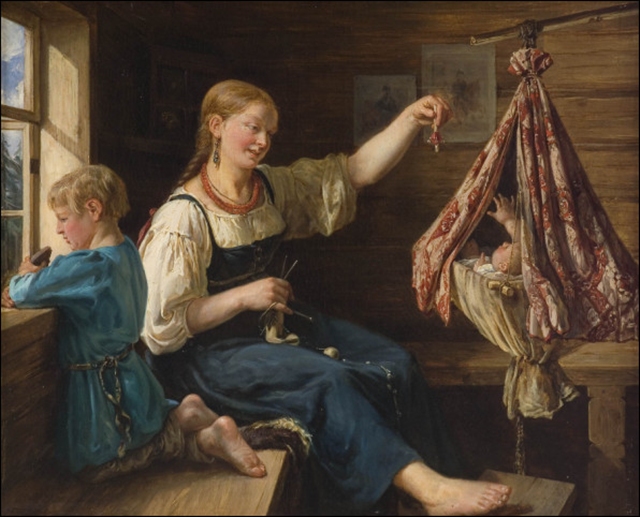 KEF subwoofers use an ingenious equaliser that compensates for room placement issues by adjusting the low frequency output based on placement near a wall, in a corner, or even in a cabinet. KEF subwoofers can even adjust for apartment living, allowing you to have great bass response while still being a good neighbour! Because of these innovative features, the compromise between acoustics and aesthetics is no longer an issue.

Harvard University evolutionary psychologist Max Krasnow and graduate student Samuel Mehr published a paper in January of 2017 that presented the first formal theory on why lullabies exist (Parent-Offspring Conflict and the Evolution of Infant-Directed Song). According to Krasnow, “from a genetic perspective, parents and infants don’t have the same interests. Infants want more of all resources than parents are willing to give.”

Of course, in spite of what the infant thinks, it wasn’t possible for a parent to tend to their every need twenty-four hours a day, what with all of the food gathering, sabre-tooth tiger killing and general fighting to survive. Couple that with the danger a crying infant poses as she alerts predators to her location, and mothers were in need of a tool to care for their fussy infants while doing other work. That is, according to Krasnow and Mehr, when the soothing tones of the lullaby were born. A mother who could successfully soothe her infant through lullaby while still attending to her and her family’s needs would obviously provide a better chance of evolutionary survival for everyone involved.

Simple cooing or other verbalizations are easy to produce, but the lullaby requires deeper brain function and it also signals to the infant that their need for attention is being met. Krasnow continues, “Attention is invisible. You need an honest signal of its quality. That’s where singing comes in. I can’t be singing to you while I’m running away from a predator, or while I’m having a conversation with someone else. Even turning the head affects the quality of the voice. An infant can gauge where the parent’s attention is oriented. These are thing that can’t be faked.”

Infants are also attentive to lullabies, regardless of who sings them, which in our communal past would have been another key to survival.

As deeper studies emerge, both in support of, or in opposition to Krasnow and Mehr’s study, the search for the origin and reason for the lullaby may also bring us to understand the very origins of music itself – and that’s a fascinating prospect.