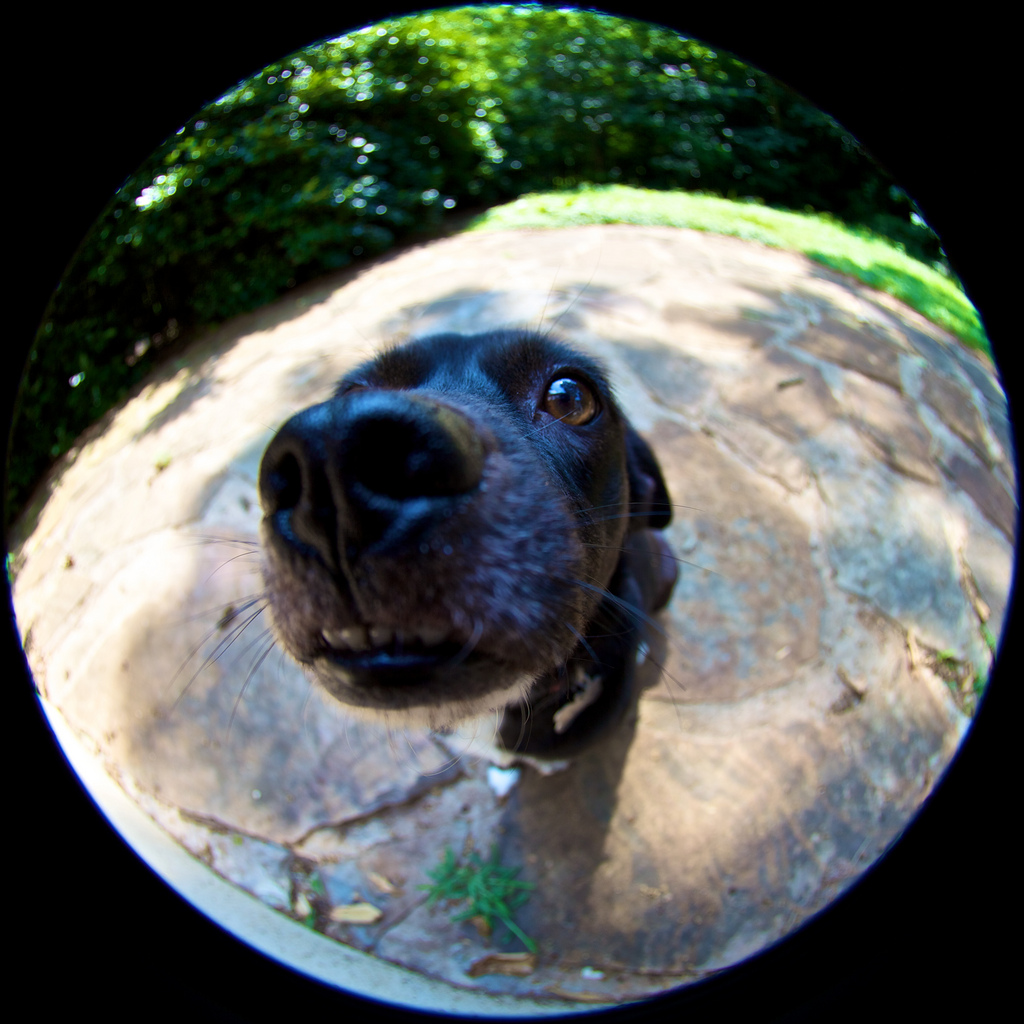 The picture at left was taken with a fisheye lens. Other than the nice detail on Rover's teeth, nose and pleading eyes, it's not a real good representation of what this fella actually looks like. Nevermind the walkway, grass and trees - they're all barely recognizable.

The fisheye lens distorts the linear light waves passing through the lens making them appear convex, or non-linear. If we use this analogy for a tweeter, we can think of the distortion of the light waves as similar to the non-linearities of frequency responses across the face of the tweeter.

The parallel between a fisheye lens in photography and how our Tangerine Waveguide works basically stops there but it's a good analogy to help get your head around the audio science we to explore in order to properly describe what the Tangerine Waveguide actually does.

As usual, when it comes to all things audio, in order to understand one thing, we have to know some other things first. Without getting involved in things like tensor calculus and covariant derivatives, let's just say that the surface normal velocity toward the dome perimeter is smaller than the surface normal velocity at the center of the dome. Or to use regular non-science language, the center of the dome of a tweeter moves faster than the outside surface of the dome does. 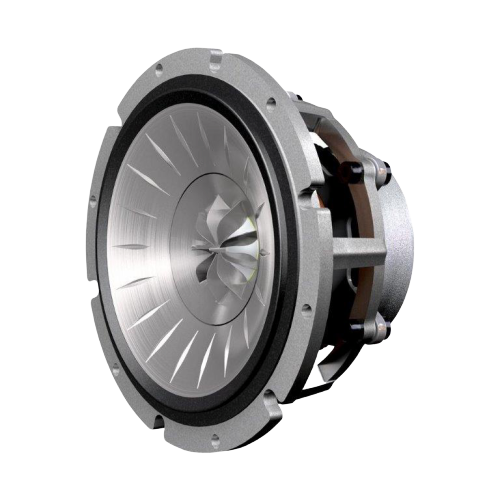 Not only does the outside of the dome move slower than the center, it also moves at an angle to the center. This has a not-so-subtle effect on the quality of the sound a tweeter produces. A perfect surface normal velocity for a tweeter would be the same over the entire dome surface, but this isn't possible because the dome surface would have to stretch and tweeter domes that stretch don't sound very good at all (well actually, they wouldn't even make any sound in the first place).

Because the Tangerine Waveguide corrects for this non-ideal dome motion, sensitivity at the top end of the audio band is increased. Dispersion is also improved because we have shaped the fins and channels of the waveguide specifically to control the expansion of the soundwave into the waveguide (horn).

And Another Thing: Compression Drivers

Using your thumb over the end of a garden hose to spray your wife is an example of a) bad decision-making; b) a compression driver; c) all of the above. The answer is 'C'.

But in the audio world, the next time you go to a show in a large hall, for everything above the subwoofer you are typically listening to compression drivers.

A compression driver is a small diaphragm loudspeaker that attaches to a horn (the part you see) which is a duct that radiates the sound into the surrounding air. Because the area of the diaphragm of the actual driver is larger than the throat of the horn, high sound-pressure-levels are created very efficiently (about 9-10 times more efficient than standard cone loudspeakers; the more efficient a speaker the less power you need). In short, you get more sound out of a compression driver with less power.

KEF's Tangerine Waveguide is basically a radial channel phase plug that creates a slight compression loading effect resulting in slightly higher output gain without the need for additional power. This extra gain from the waveguide is seen from around 7kHz to around 15kHz. Above 15kHz the effects are minimal (but so is the audio information). The extra gain also helps to mitigate the affects of the peak of the tweeter caused by mechanical break-up. All of this results in more efficient high-end performance with greater dispersion and better over-all fidelity.

All of this and it protects the fragile tweeter dome from Junior's curious fingers when you're not around!