The above graph shows the output of a short pulse sent through a simple dome tweeter. A high-frequency transient signal is clearly shown in the area corresponding to the tweeter’s off-axis response. The graph on the right shows the output of a short pulse reproduced in a KEF tweeter with our Optimum Dome technology and Waveguide geometry and it clearly shows that the off-axis transient has been eliminated. To the listener, this translates as a wider sound field due to the tweeter's consistent off-axis response and wider high-frequency dispersion. No longer chained to a “sweet-spot,” listeners can now hear clear and articulate high-frequency reproduction in a wider area throughout the listening room.

In addition to finding the optimal shape for our HF drivers, KEF’s engineers were also tasked with finding the optimal mechanical construction of our tweeters. Rigidity is the key to consistent, distortion-free response in a tweeter dome, but fast response is required to replicate musical tones and signals in the upper frequencies. Unfortunately, the laws of physics dictate that you really can't have both without some level of compromise.

For example, certain percussive instruments like cymbals and bells can vibrate at upwards of 12,000 times per second (12kHz) or more. The upper range of human hearing is generally considered to be 20kHz.

This means a tweeter must be able to accelerate from 0 cycles per second to 16,000 cycles per second (in the case of a small cymbal or chime) nearly instantaneously which is roughly equivalent to 1000G (1000 times the force of gravity). A fighter pilot with a proper G-suit and other aids in the cockpit can withstand up to 9G before blacking out. We use aluminum our tweeters because it is extremely light (low density) and stiff (high rigidity), allowing it to respond at the acceleration rate needed to replicate high frequency sounds while still maintaining its shape. But even aluminum has limitations under the extreme stress of such high acceleration rates.

Over the years, we have learned that there are in fact two optimal shapes for a tweeter dome:

The challenge for us was to produce a tweeter that didn’t compromise its acoustic capabilities across its sonic range. The elliptical shape resists the acceleration forces and remains rigid, offering a mechanical solution to the problem, while a spherical shape offers the best acoustical response. 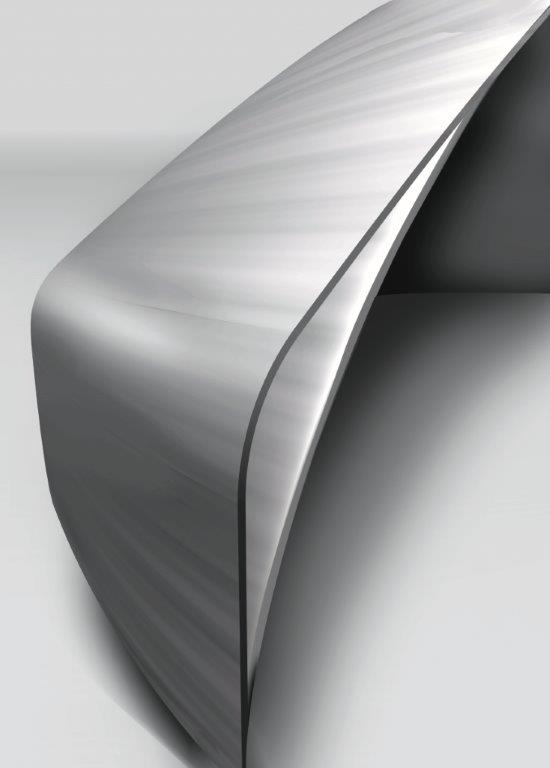 In 2006, we combined both shapes as we prototyped our first Stiffened Dome geometry: A brilliantly simple (and patented) solution to the mechanical and acoustic challenges faced when trying to design a tweeter that is both acoustically pure and physically stable. The spherical shape is superimposed over the elliptical shape so that a triangle is formed where the two shapes meet along the edges of the dome, which is typically the weakest and most prone to losing its shape to due acceleration forces.

By combining the two shapes we have eliminated deformity in the tweeter dome at frequencies up to 38kHz while maintaining the pure high-frequency response that KEF speakers are renowned for.

While others may claim to be developing this technology for the first time, we have been perfecting our Stiffened Dome technology for over a decade, and we're pretty pleased with the results. If you like your music with crystal clear and accurate high-frequencies, you'll be pleased too.