COVID-19 and the Touring Musician

Every industry has been hit hard by COVID-19, and as we all slowly and carefully return to ‘normal’ the live music industry is likely going to trail far behind the rest of us. Live performance and touring have always been the bread and butter of the working musician, and in the new digital music economy the live performance is more important than ever.
But like every challenge, COVID-19 has sparked innovation in all walks of life and musicians are certainly finding new ways to keep the music playing while we wait out the pandemic. We spoke to several Nashville-based musicians about how they are staying busy and keeping their music alive as they stay safe and healthy. 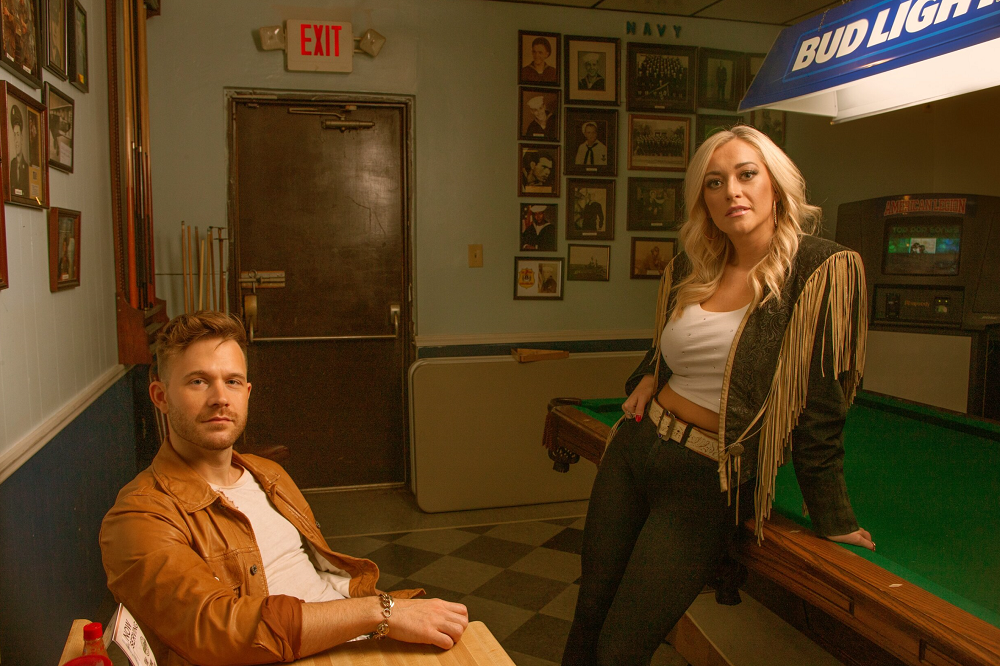 “Livestream, livestream, livestream,” replied Derek Drye of the country-duo The Dryes when we asked how they’ve stayed in touch with fans now that they’re not able to go out and play. “We’ve all been forced to adjust how we interact with fans, and honestly it’s been a great way to bring other artists into our live-streams and make it like a virtual writer’s round.”

Nashville-based guitarist (Wild Feathers, Cosmic Country) Daniel Donato who maintains a close relationship with his fans via his Instagram and Facebook accounts has concentrated on his Youtube channel, and the aforementioned social media channels to develop content that ranges from his podcast featuring other artists to instructional videos on playing guitar and life in general.

Both acts have canceled upcoming shows, although Donato is hoping a planned European tour for late fall and early winter may still go on as scheduled, even with pandemic-induced safety measures in place. Drye says he is unsure when The Dryes might be able to take to the stage. “[We have] literally no game plan until these local [reopening] phases are finished.” 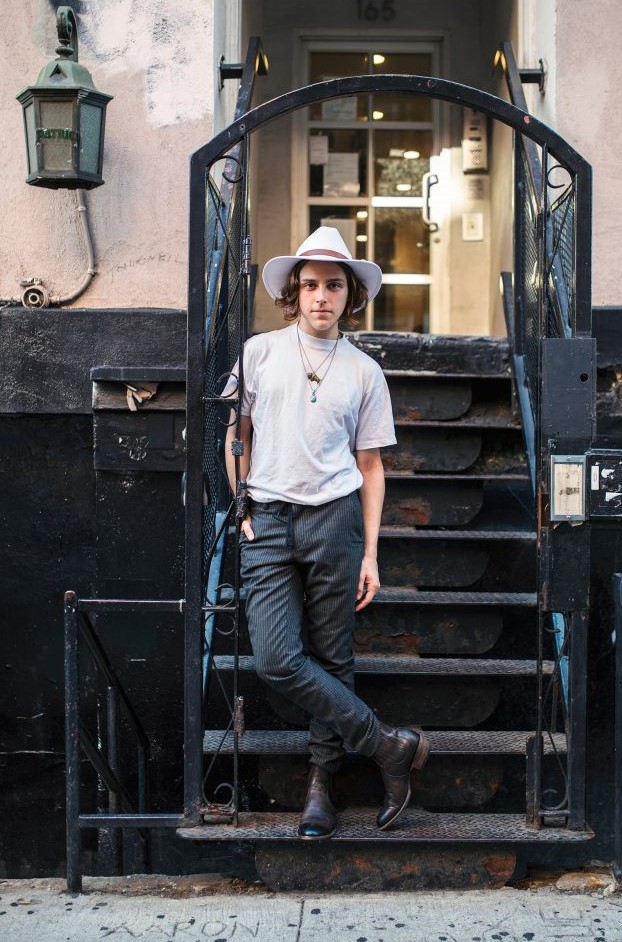 Many times, improper subwoofer placement is the biggest challenge you’ll face when building your audio system. We must often compromise between where a subwoofer sounds best and where it looks best. Aesthetics often take priority over acoustics which can frustrate a new subwoofer owner when the placement of the subwoofer doesn’t let the subwoofer operate at its best. Low notes are affected by the walls, corners, and furnishings in a room in ways that can seriously diminish sound quality. KEF subwoofers use an ingenious equaliser that compensates for room placement issues by adjusting the low frequency output based on placement near a wall, in a corner, or even in a cabinet. KEF subwoofers can even adjust for apartment living, allowing you to have great bass response while still being a good neighbour! Because of these innovative features, the compromise between acoustics and aesthetics is no longer an issue.

According to Micah Hulscher, keyboardist for Margo Price who is also an in-demand session player told us all Margo Price shows have been canceled for the remainder of 2020 and that some shows were rescheduled for early 2021 but have subsequently been cancelled. Hulscher’s own solo shows have also been canceled and his outlook is that once touring restarts, acts will likely “play more shows in smaller venues,” but that “without a vaccine [enough] people aren’t going to feel comfortable going to shows to make it financially sustainable.”

But like everyone else who has been affected by the pandemic and lockdowns, musicians have also taken a look inward and started work on projects they may otherwise not gotten around to working on. “Your focus turns to different things,” said Hulscher, “you want to use the time positively.” He has been concentrating on solo projects, recording jazz compositions and has also done some remote recording for other artists. 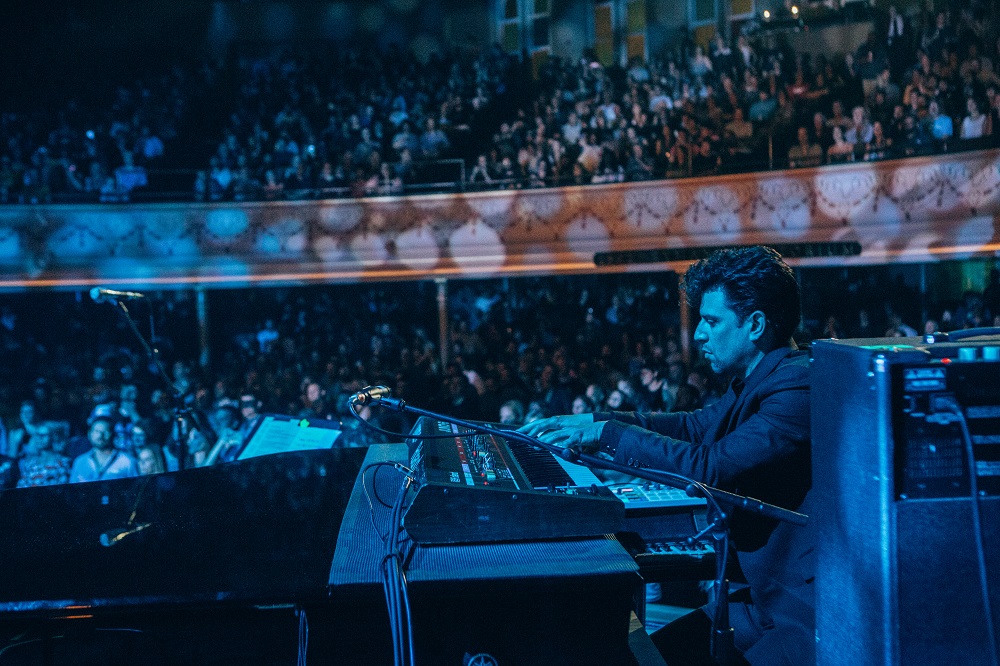 Drye has been catching up on demos and doing recording work at home but when asked the obvious question how has life changed since March, he gave an obvious answer with a follow-up that echoes how all the rest of us feel. “How has it not changed? is probably my first response. We are personally grateful for some redirection because none of us realize how fast and hard we are going until things come to a sudden halt. Slowing down and being in the same boat with the rest of the world allowed us to stay calm. Out of that came rest and the ability to work a different way within these new physical boundaries. There are so many positives to that part of this pandemic.”

Donato summed up his days during the pandemic, “I’m revisiting the Zen of single output. One major task a day. Writing a song, producing a demo, releasing a podcast episode, etcetera.  Listening to more music than ever.  We all should have an area in our home that we love to listen to music in.  That’s why speakers and a proper setup are crucial. I also have been in the process of starting my own Cosmic Country Music entity to release my first full length record through. Robben Ford, one of my biggest musical heroes, produced the record. It comes out August 7th.”

We’re all in it for the long-haul, and maybe during this time music is more important than ever before. Hopefully, sooner rather than later we can all get out to a show, but in the meantime, our favorite artists are busy redefining the paradigm of the touring musician so they can continue their musical journeys. We’re all lucky that technology has made it easy for us to continue to travel with them.

For more information and music:

Daniel Donato’s latest single Luck of the Draw was released on June 17 and is available wherever you get your music.

The Dryes are available on Spotify and TIDAL and wherever you get your music.

Micah Huscher’s 2016 album Too Young For Jazz is available wherever you get your music.

Margo Price music and information can be found at http://margoprice.net.. Her latest album That’s How Rumors Get Started will be available July 10.