Did You Hear That? The Police - Roxanne

This week’s edition of Did You Hear That? is easy. The Police’s 1978 debut single Roxanne (re-released in 1979 where it became a moderate mega-smash and future Classic Rock radio staple) has one of the most recognizable goofs in rock and roll history. You don’t need anything much more than your digital personal assistant and you don’t really even need to be paying much attention to hear this one. Although, truth be told, as far as just listening on your DPA…why? 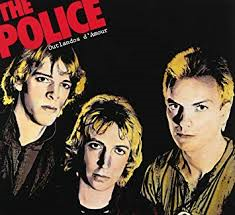 Anyway, listen to the first 8 guitar chords (they go by quick), and between the eighth and ninth chord this wonderfully weird, dissonant, yet absolutely perfect piano chord shows up. You never hear piano again and that’s because there wasn’t supposed to be any piano in the first place.

In a 2000 interview with Revolver Magazine, Sting explains:

“I was about to sing the first line when I noticed there was an upright piano next to the microphone. I was tired – I’d been up all night for some reason – so I just sort of sat down. I thought the piano lid was closed, but it was open, so I wound up playing this incredible chord with my ass. It was this atonal sort of cluster that went really nicely against the chords we were playing. We thought it was funny, so we left it in.”

Guitarist Andy Summer ‘s ended the story with this cheeky comment: “And real musicians can tell he’s playing more form the left buttock than the right.”

So, now every time you ever hear this song, there’s the image you need to have. You’re welcome.