Did You Hear That? The Who - Eminence Front

The first thing you notice when you listen to The Who’s Eminence Front is how long the intro is. In today’s world a two minute intro is the death knell of a good song, but back in the halcyon days of radio, a two minute intro was perfect for your local FM DJ to do his FM DJ thing as you drove to the mall for an Orange Julius. 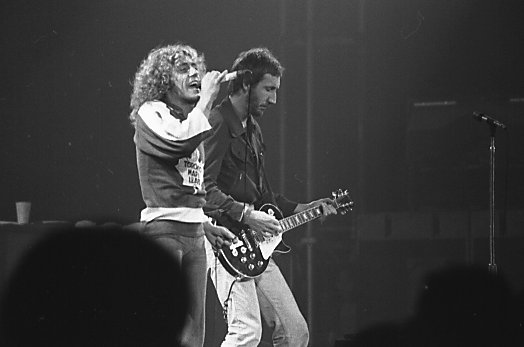 The second thing you need to know is that Roger Daltry and Peter Townshend did not get along – especially when it came to vocal tracks. Even though Townshend wrote the bulk of the band’s songs, Daltry refused to allow him in the studio when he was tracking vocals, and on those unfortunate occasions where Townshend took the lead, it always seemed that Daltry was an unwilling – if not downright pugnacious – background singer. That is no more apparent than on the original mix of the band’s 1982 single Eminence Front.

If you have the remastered version, you can stop reading now because the mistake was taken out. But if you have the original version, listen to the background vocals at the 2:37 mark. Not only is Daltry late, you can’t really be sure what words he even sings. In fact, at the time, more than a few people thought the song title was “M & M’s Front” which makes no sense, but whatever. It’s a truly wonderful example of a musician not really being all that in to the material, and a band either hoping no one would notice or thinking the mistake was cool enough to stay in the final mix.