There are two types of new music: music that is new and music that is new to you. Luckily, we live in a time where the boundaries between the two barely exist. In spite of the thousands of files you may have on your local drive or NAS device, or your massive TIDAL or Qobuz libraries, there is still something extremely satisfying about finding music that is new to you. With the right service and a little time you can find an amazing amount of music you’re not familiar with, whether it’s brand new or some decades-old uncovered gem.

Before technology finished the job the corporate radio execs started in the late 1990s, radio was pretty much the only way to discover new music. The problem with that is, all you were exposed to was what the programmer on whatever station you were listening to happened to be into. On the other hand, a lot of the really bad stuff was cut out and never made it to your ears, but on even another hand, who’s to say what’s “good” and what’s not? Anyway, this discussion is now pretty much moot, because other than a handful of indie stations and some Country stations, radio has become the worst place to look for new music. 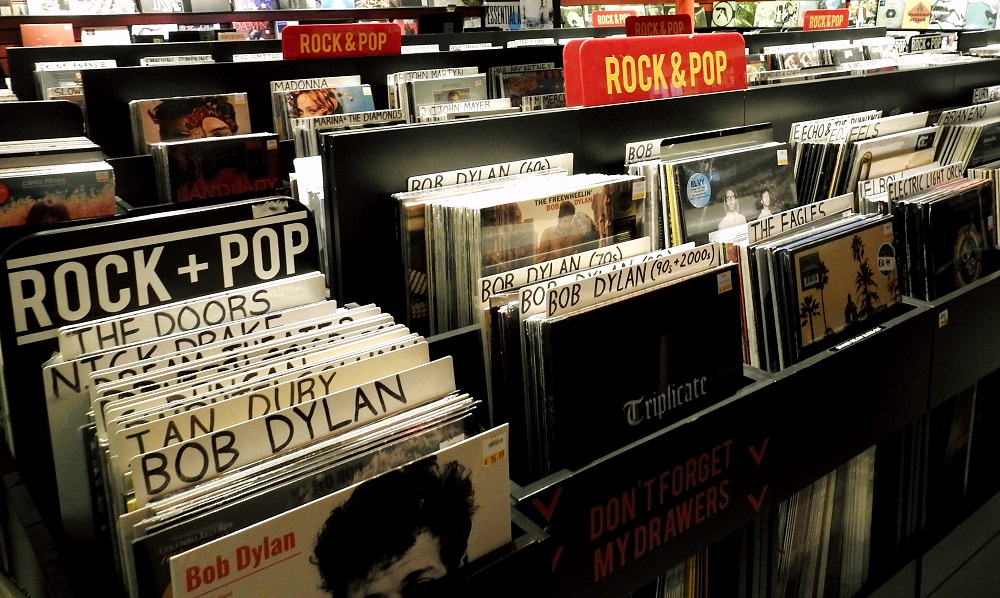 Last.fm is a very cool desktop interface that connects you to current favorites, artists and songs trending around the world plus a bunch of other things music fans can dig into. It can also interface via Apple Airplay or Google Cast to any of your compatible devices, letting you break away from having your ears chained to the horrible speakers on your desktop or portable device. Yes, they’re horrible, even if they seem like they’re doing a passable job. At this point, that’s still a debate? You can scrobble your Spotify, iTunes and TIDAL sessions, but keep in mind, you’re still getting the results of an algorithm, which may or may not get you to the music you want.


Spotify’s Discover Weekly playlist is pretty good but discovering music via an algorithm just doesn’t cut it – you’re still at the mercy of some other person (or machine’s) idea of what you might like. Discovering new music should be like going to a record store on a rainy Saturday and rifling through the bins for hours on end and then rushing home to listen to your new finds. Of course, after that initial rush most of it was never listened to again, but there were always a few gems that became a part of your life. That’s what makes the discovery of music so much fun: there’s a lot of chaff to go through but when you find the wheat it’s an amazing treat.

All of the major streaming services have their own versions of Discover Weekly, and they can all be useful, it’s just probably not totally fulfilling to rely on them solely for your new music.

YouTube can be fun, and a satisfying way to digitally mimic rifling through the bins at your local record store, but YouTube is really just the 2020’s version of 1980’s MTV. It was fun to look at, marginally okay to listen to and typically a good gateway to finding new artists and songs (as long as you were content in the genres MTV forced on you), but as a listening experience – meh. Even on a great system, music on YouTube is compressed more than your local FM station, depriving you of so much of the magic.

My favorite app toy at the moment is Music Roamer, an app that allows you to enter your current favorite jam and then gives you an interactive list of similar artists. You can stream your Music Roamer output via Google Cast or Apple Airplay to compatible devices allowing you to hear your tunes on something other than your mobile or desktop. It’s still algorithm-based, but you have a little more control over the results, and you can spend hours just following the suggestions from one artist to another while listening to the results of you search.

Magic Playlist works with Spotify and uses an algorithm to make a complete playlist from whatever song/artist you type into the app. It’s quick, it’s easy, but it’s also just a result of the same type of algorithm in use everywhere else. If you’re in a 60s mood and you enter your favorite 60s artist you’re going to get the same twenty to 30 songs you’ll find everywhere else. It’s convenient but it’s not really going to hip you to things you haven’t already found.

If searching out new artists is your thing, then indieshuffle and Band Camp are great ways to find independent artists from around the world. Consider them both the college FM stations of the new millennium.

We live in an amazing time where technology has brought every song from every corner of the world right to our fingertips, and generally right to our high-fidelity listening. The conventional wisdom that new music isn’t very good, or that all of the great music has already been written is really just a figment of your adult brain. Most people stop listening to unfamiliar music by age 33. When we’re young each new song we hear has meaning to us that sticks with us forever, and by the time we reach adulthood we’ve got a song, album or artist for every facet of our lives, so we tend to stop seeking out new music. That’s a shame – imagine living in a world that no matter how long you’ve been listening to music you can find something new on a daily basis. And just like those bins at the record store, most of it doesn’t connect to us, but some of it does, and when a new song or artist connects its magic. Just because you’re not a kid anymore doesn’t mean you have to give up on that magic.

These are just a few of the myriad ways you can enrich your life on a regular basis. Go out and find yourself some new tunes!