The story of lo-fi versus hi-fi is simply the history of technology expanding and improving while forcing costs to drop. What was considered hi-fi forty years ago may still sound good today, but in comparison it’s weak. The definitions have always been fluid, but the technological explosion over the past 15 years has drastically changed them.

In order to fully appreciate hi-fi, we should first talk about lo-fi. Lo-fi is both a musical style and a playback quality – you can play a lo-fi recording back on a hi-fi system and it will sound exactly how the artist wanted it to sound, but you can’t play a hi-fi recording back on a lo-fi system and expect anything other than…lo-fi. Yes, your single box Bluetooth speaker is lo-fi, regardless of what the advertisement said – it’s just that lo-fi sounds somewhat passable today.

Lo-fi as a musical genre had its origins in the mid-1980s as a result of the consumer-oriented DIY recording products that were flooding the market, but true DIY lo-fi dates back way further than that. By 1984, four-track recording, which just twenty years before was available in only the most prestigious studios and Les Paul’s basement, became available to anyone with $400 and some blank cassette tapes. Lo-fi is generally associated with indie-, alt-rock and punk, but some major artists have had hits with decidedly lo-fi productions. Lo-fi as a genre is a fabulous way to translate an artist's musical vision.

But again, you can listen to lo-fi on a hi-fi and it will sound great, but if you listen to hi-fi on a lo-fi it will sound lo-fi – so if you are a music lover and you don’t want every piece of music you own to sound like it was recorded in someone’s bedroom, you should probably consider hi-fi, or at least mid-fi if hi-fi is still down the financial road for you.

Hi-fi became a thing in the 1950s as recording and playback technology began to mature, but early rock and roll and blues records were generally recorded on cheap equipment in makeshift studios by self-taught engineers and were considered lo-fi even back in their day. Hi-fi was the strict domain of classical and jazz. In the 1960s, proto-punk bands began to purposely sound like they were being recorded in a garage next to dad’s Oldsmobile (hence the term ‘garage-rock’), and by the late-1960s, even mega-stars like the Beach Boys and Paul McCartney were recording albums on portable gear in makeshift studios. The big difference between today and back then is the accessibility of playback gear that made hi-fi recordings sound great.

Super expensive hi-fi sets have been around for sixty years, but the most popular music is generally what teenagers and college kids are listening to, so back then even great recordings were crammed into little transistor radios, cheap turntables and the AM in-dash radio on your dad’s Oldsmobile. Lo-fi wasn’t a choice it was a necessity. Personally, I didn’t hear real bass in a recording until I was out of high school, and when I did hear it, I was hooked. Today, bass is so over processed by cheap equipment and gear it’s all you hear.

In the 1960s, Console Stereo hi-fi sets were stuffed into long, wooden cabinets with a turntable, a radio and an amp feeding a pair of massive woofers, some after-thought tweeters and a midrange driver all nestled comfortably next to the liquor cabinet that was ultimately the most important part of the design. They were marketed as hi-fi, but still only sounded okay. True audiophile-level fidelity was still out of reach except to the very few hobbyists and rich Sixties hipsters with outrageous sideburns and white turtleneck sweaters.

By the 1970s, music was afflicted with the 8-track cartridge and the cassette tape, along with a host of other formats that had extremely short lifespans. Tape hiss, variations in speed and all the other things that went along with those technologies forced the masses to listen to music that was purely lo-fi. By the mid-70s, mid-fi became available, so even a relatively poor college student could afford a decent integrated amp, a turntable and some bookshelf speakers.

In 1980, If you had a line-array set of tower speakers, a magnetic cartridge turntable, and a decent integrated amp you were in fact, an audiophile, even if your gear was only mid-fi. Being an audiophile back then was more a matter of attitude than about the actual gear you owned: Audiophiles were maybe a little nerdy, rigidly opinionated, and wildly concerned with nuance, but they were music lovers first. By the early 80s, rack systems, the all-in-one stereo that took up several cubic feet of living room space after you brought it home from Macy’s or JC Penney’s were the sign that you were serious about music. They sounded okay but were generally not accurate, on the other hand, they were cheap, looked cool and gave the owner some satisfaction that they had entered the world of hi-fi. It was at about this time the general definition of ‘audiophile’ began to morph to describe a person who was more concerned with gear than music.

This also was right around the time that really good hi-fi gear became affordable, in the early 1990s. Quality that had been the singular domain of the audiophile just ten years before was now available from big-box retailers everywhere. And the best thing about the new ubiquity of ‘hi-fi’ was that manufacturers pushed the tech envelope even further. The term ‘audiophile’ took on another new meaning which became roughly translated somewhat pejoratively as ‘middle-aged rich guy.’ Music sounded great across the board, but it was still relatively easy to convince the general consumer that it could sound even better by spending more cash.

Discussions of music quality centered around THD, wow and flutter, sensitivity ratings and imaging. Then, in the first decade of the new century, a perfect storm of marketing genius and new technology changed the game completely.

The introduction of Napster, the mp3, iTunes and certain waveguide technologies from certain speaker manufacturers completely changed the definition of what we considered acceptable musical fidelity. Lots of artificial bass, super convenient playback and tiny little equipment footprints became desirable over actual fidelity. Music was everywhere, it had bass and volume but as far as naturalness and accuracy it wasn’t even close to the fidelity of that ginormous 1960’s all-in-one hi-fi/liquor cabinet or the radio in dad’s Toyota. And that was before Bluetooth changed everything again. 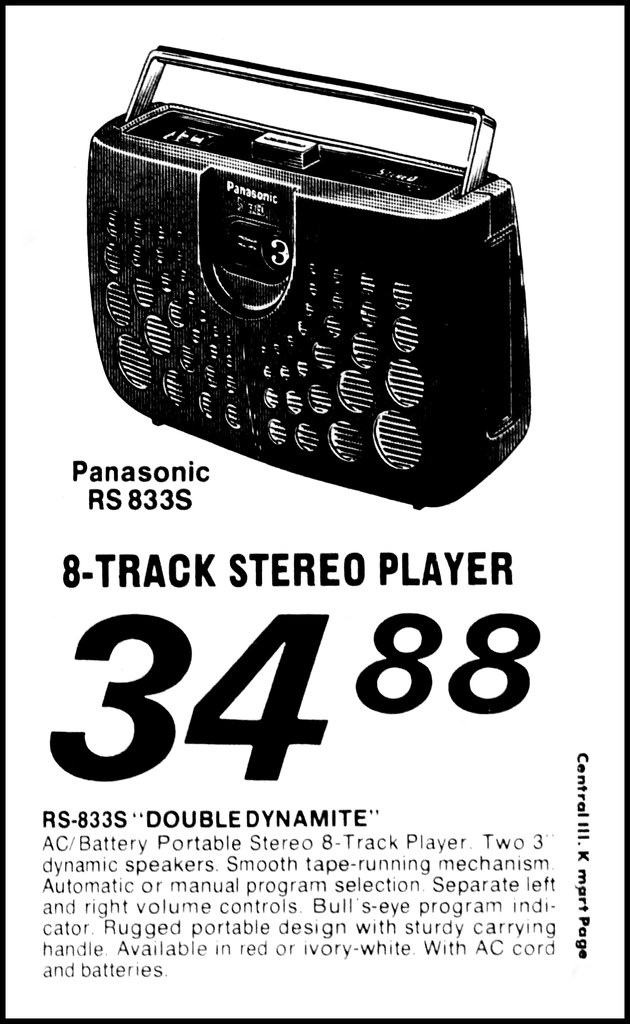 With Bluetooth (a technology originally developed by the US Army for battlefield communications), the perception of what we needed to enjoy music was again forever changed. Now things like soundstage and 3D imaging were left to the very few who called themselves audiophiles. Music was a commodity instead of an experience, so worrying about things like fidelity and the like were anachronistic vestiges of an ancient time.

But luckily, manufacturers were doing what they always do – expanding the technology while making it affordable.

Audiophilia will always be several steps ahead of the norm to the masses – and that’s a good thing, because it forces manufacturers to make great gear that we will all eventually be able to afford. Playback technology has gotten so good – and so affordable – that we need to re-examine what we consider lo- and hi-fi.

In today’s technological world, the differences between the two are in imaging, spatiality and naturalness – which are all somewhat subjective things. But there is no subjective argument to be made that a singular Bluetooth speaker playing in mono* will bring you the same musical joy as a system that makes the music as big and spacious as it exists in real life.

Lo-fi now sounds pretty good if you’re only paying marginal attention to the music, but it’s also artificial whereas back in the day, lo-fi just sounded bad and we lived with it until we got home and listened to the good system. Hi-fi sounds awesome and is also way more affordable than it has ever been. Meanwhile, audiophiles and manufacturers are introducing us to a new paradigm, one we might not be wrong to call Ex-Fi, or Extreme Fidelity.

The moral of all of this is simple – don’t let convenience rob you of the very mysteries and passion that great sounding music can bring to your life.

* - No matter what the claim is, a singular Bluetooth speaker that claims to be stereo and play full range does neither. Stereo is the result of the space between the left and right channels, and all of that bass you think you are hearing from your little Bluetooth speaker? It’s not real bass, it’s just artificially boosted harmonics that are tricking you into thinking you're hearing bass.

The opinions expressed in this piece are the author’s own and do not reflect the opinions of KEF or its employees except for the paragraph immediately above this disclaimer – that’s an actual fact.