Rock & Roll Urban Legends That Aren’t True (But Should Be)

Who doesn’t love a good urban legend? Even when we know they’re not true, we still secretly hope that maybe – just maybe Keith Richards really is deathly afraid of cheese. In fact, we hope he’s so afraid of cheese that he will run screaming from a room if he spots a wheel of brie or a hunk of camembert. That is an actual urban legend and even though it may be a reason Richards has been so resilient over the years, it’s not true. But like most good urban legends, it has its genesis in a kernel of truth: in a 1994 magazine guitarist Ron Wood made the story up as a cheeky way to give some inside information on members of the Rolling Stones.

In the spirit of Keith Richards’ fear of cheese, here are some other excellent urban legends you should be aware of.

First, let’s look at famous musicians who were supposedly television stars as children: 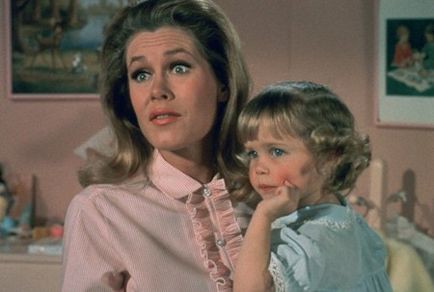 Madonna played Tabitha (below, right) on the 1960s sitcom Bewitched. She didn’t.

Marilyn Manson played Kevin Arnold’s best friend Paul on the Wonder Years. And no, Marilyn didn’t play the lead role of Kevin either. Back in 1994, this rumor may actually be the first Internet rumor, spreading at 1200 baud from AOL to EarthLink to Compuserve.

Alice Cooper played Eddie Haskell on Leave It To Beaver. We seriously wish this was true, but sadly it isn’t. Eddie also didn’t die in combat in Vietnam. The actor who played Eddie was a career-cop in Los Angeles though. Isn’t that ironic enough? 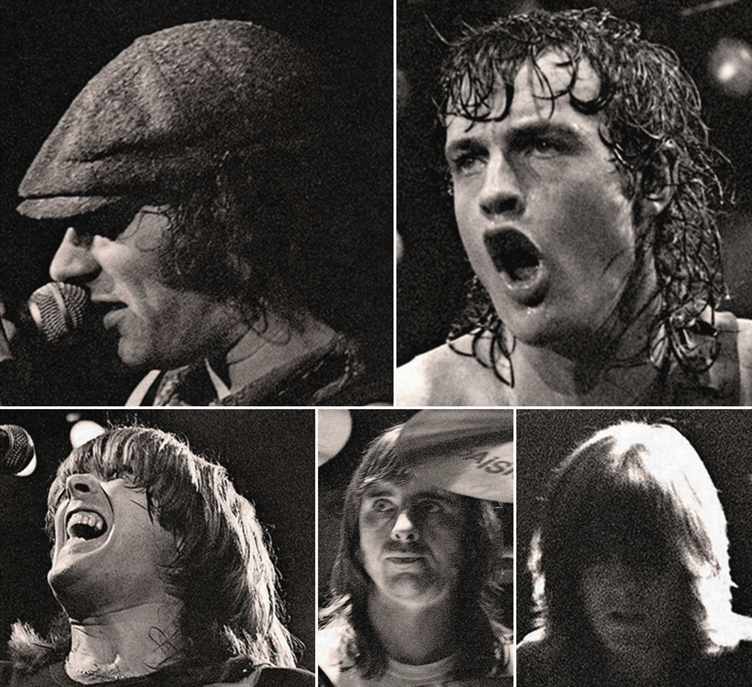 AC/DC: The name of the band stands for Anti-Christ/Devil’s Children. There was a big push in the late 1970s to prove that every rock band had Satanic roots, but in the Aussie hard rocker’s case the name was coined by Angus and Malcolm’s sister who saw the letters on the back of a sewing machine that could be powered by either AC or DC voltage.

We’ve all done air drums to the classic drum fill in Phil Collins’ 1980 smash hit In the Air Tonight? But did you know the song was written about a drowning at a Caribbean resort Collins witnessed? No? Good, because it’s not true, but that didn’t stop this one from becoming one of the most massive urban legends in music history. The original story was that the singer watched helplessly from the beach as a man drowned. He was relieved to see a speedboat coming toward the man but is soon dismayed to see the men in the boat refuse to help the drowning man. Luckily, Collins got his revenge a few months later – after the song had come out – when he saw the men from the boat at one of his concerts. Collins stops the show and shines the spotlight on the men, shaming them in front of the entire audience. Cool story. Not true, not even a little bit – Collins used that most useful of all song inspirations: the soon-to-be ex-spouse as the source of the lyric for the song.

John Denver didn’t serve in the military (he was drafted but wasn’t eligible because of a nasty foot injury he received from a run-away lawnmower when he was a kid, but John’s dad was a Lt. Colonel, you know, sometimes rumor sources get things tangentially correct. Anyway, the song Sunshine On My Shoulders was supposed to be about a sniper method Denver developed while serving in Vietnam. It was called the ‘Denver Method’ and it worked like this: Denver would hide in a tree with his back to the sun and call out to his intended target who would in turn quickly look up at Denver and be blinded by the sun. The sunshine on the target’s shoulders meant a clean shot for Denver. Seriously, even Jon Claude van Damme would reject that premise for a movie script.

Thomas Dolby did not invent the groundbreaking Dolby Noise Reduction Systemtm. That was invented by Raymond Dolby in the mid-1960s. Thomas Dolby was born in 1958, so even if he were a Young Sheldon-level genius it’s unlikely that as a kid he could have set up a large enough GoFundMe campaign to raise the money to make Dolby Labs a household name. Also, Raymond Dolby was not Thomas’ dad.

But, Dolby Labs did sue Thomas Dolby for copyright infringement. In 1985, after Thomas Dolby did the music for the horrendously horrible movie Howard the Duck, Dolby Labs sued him after seeing his name in the credits alongside the Dolby Stereo trademark. Dolby labs won, but the judge decided to let Thomas Dolby continue to use the name as he felt Dolby had used the name in “good faith,” as long as agreed not to endorse any other sound or noise reduction system. Incidentally, the Blinded Me With Science star was born Thomas Robertson.

Before he became a Bat Out of Hell superstar in the 1970s, future rock star Marvin Aday let his friends in Texas drive over his head with a Volkswagen. When one of his friends did it and then said “you’re as dumb as a hunk of meatloaf,” the name stuck. Heck, Aday himself even told the story. But he also set the record straight and told the world that his stage name came from his dad who started calling his son the gigantic baby Meatloaf from the time he was a toddler.

However, Meatloaf also insists the story about his friends running over his head with a Volkswagen is true. So, there you go.

Peter, Paul and Mary did not pull off the most amazing prank on parents everywhere by writing a song about marijuana and disguising it as a harmless children’s song about a dragon. In fact, the story of Puff the Magic Dragon is the result of a news magazine just making something up out of thin air.

Peter Yarrow (he’s ‘Peter’) wrote the song while in college in 1958 as a straight-up (pun intended) children’s song that morphed into a tale of innocence lost as we grow up. To further snub out this rumor for once and for all, Puff the Magic Dragon was kind of copped from an Ogden Nash poem entitled Custard the Dragon.

The problem started in 1963 when a group of staff writers at Newsweek magazine were researching hidden messages in rock and roll songs for an upcoming story. They picked “the most innocuous song they could find” (according to one of the staff writers who later fessed up to Paul Stookey (he’s ‘Paul’) and made up the whole tale and the rest is history. Peter, Paul and Mary have stopped their shows for nearly fifty years to address the rumor about the poor misunderstood dragon and his adventurous friend Jackie Paper (who as far as we know was not the heir to the Big Bambu family fortune).

But we’ve saved the ultimate non-Led Zeppelin, non-Beatles, urban legend for last (plus this list is alphabetical and that’s the way it worked out): Van Halen was so crazed during their heyday they had a contract rider that stipulated all the brown M&M’s be removed from their dressing rooms. This is no urban legend – this is absolutely true, but there is a good reason for it and many bands to this day put in odd requests in their concert riders for the same reason. 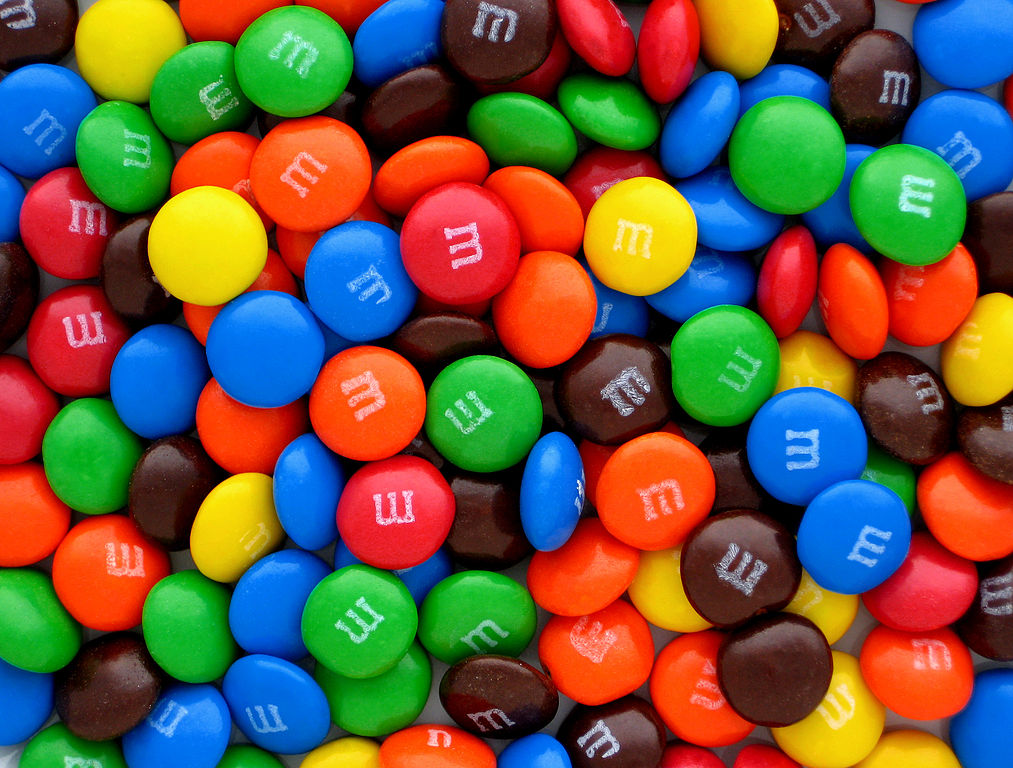 Here’s why: at their peak, Van Halen toured with sound and lighting systems that required up to eight tractor-trailers that had to be assembled and then torn down in each new city on an almost daily schedule. The band’s management felt that If the arena manager just glanced at the contract and ignored (or didn’t even see) the M&M’s clause then it stood to reason they ignored or didn’t see other actually important things. If there were brown M&M’s in the dressing room the band’s management felt they had a right to make the arena go every line in the contract to make sure all the other clauses were followed.

At a Colorado show the arena management ignored certain contract clauses which wound up causing almost $70,000 in damage to the floor of the arena due to the weight of the gear being rolled in. Of course, singer David Lee Roth did almost $12,000 in damage to the backstage area in retribution after the show was canceled. So, it might be said a few brown M&M’s cost a concert promoter $82,000 in damages plus the lost revenue from a canceled show.

And there you have, some of the best urban legends of the rock era!