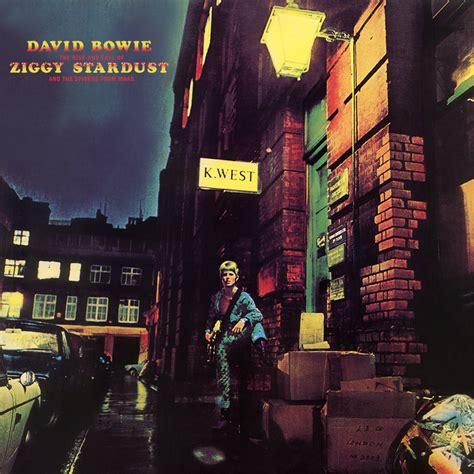 Listen to the opening track of David Bowie’s fifth album “The Rise and Fall of Ziggy Stardust and the Spiders From Mars” and hear a singer learning to become David Bowie. At the 3:40 mark really tune into Bowie and tune out everything else as much as possible. This is a one take performance, without comps (edits) or any of the other tricks studios use to squeeze performances out of modern performers. Is it perfect? Not even close. Is it bone-chilling? Absolutely. By the 4:00 minute mark, Bowie is in a full-blown meltdown. This is not theatrics or a staged performance it is pure emotion, and it is stunning. If not a little concerning.

Recorded mostly from November 1971 to late winter 1972 at Trident Studios in Soho, London, Ziggy Stardust is the album that permanently cemented David Bowie in the psyche of music fans around the world. Founded in 1968 by brothers Norman and Barry Sheffield, Trident quickly became the go-to studio for everyone from the Bee Gees to Rush and Frank Zappa. A state-of-the-art facility from day one, the quality of the equipment and the rooms can be easily distinguished to even the most casual listener. But fire up a Trident album on a quality audio system and the differences between it and other studios of the day become boldly apparent.

Recorded during a transitional time in technology and culture, Ziggy Stardust wasn’t universally cheered when it first came out, but that might simply be because it was a little ahead of its time. At the 1:35 mark of Soul Love, you’ll hear Bowie’s on sax that reminds us that above all, Ziggy, or the Thin White Duke or whoever he was to you, he was a musician first. 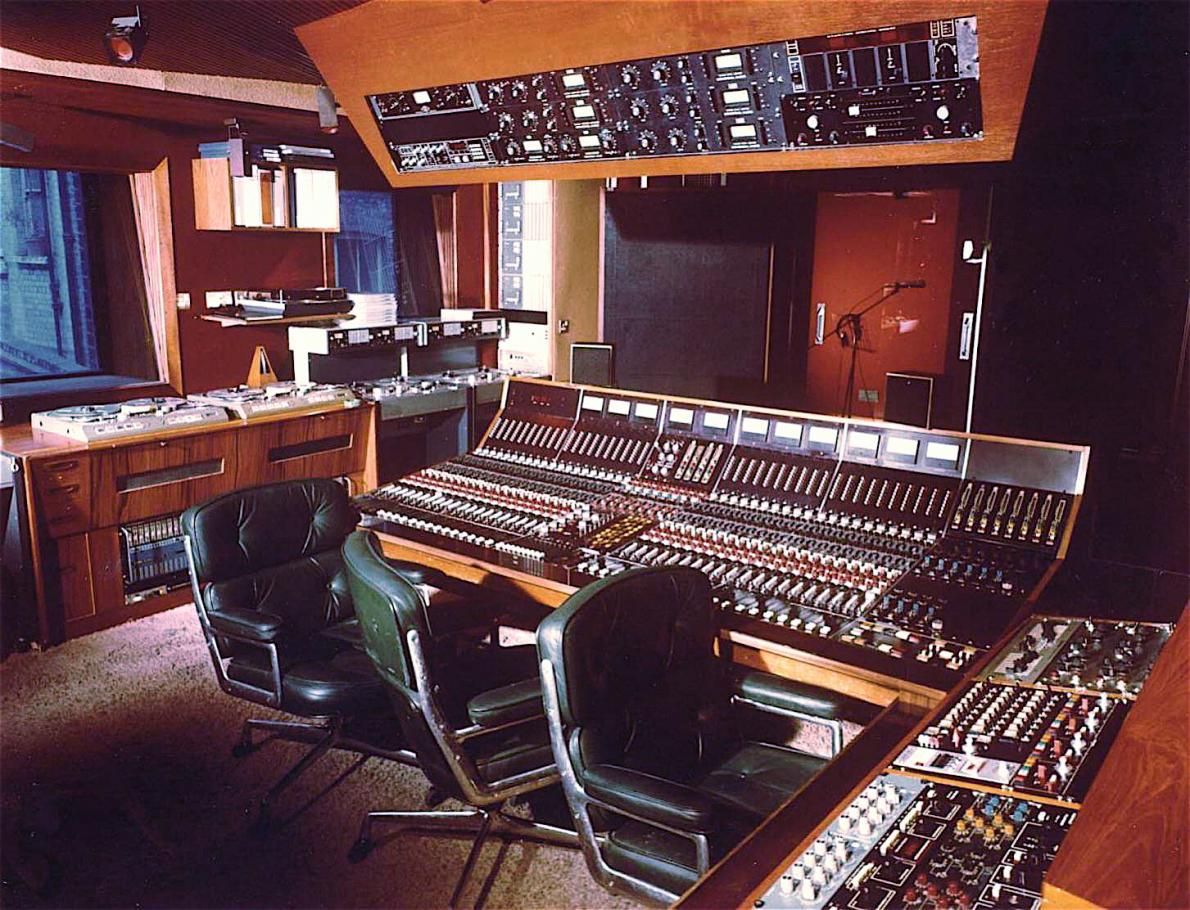 The Trident ‘A” Console developed a reputation as a very “musical” console and soon the engineers at Trident branched out and formed Trident Audio Developments to build consoles for other facilities. You can hear the warmth of the room and the console especially in the drums and lower registers of Ziggy Stardust. There’s a warmth there modern studios have lost.

Incidentally, in the annals of Bowie mythology, the picture on the album cover was not taken in front of Trident, but in front of a furrier on the same block in London as the graphic arts studio that was doing the cover art. An upper-crust furrier, Konn West was none too happy about being connected to a rock & roll album from such a far-out character as Bowie, but over the years – and after failed litigation – they got used to the tourists and fans who flocked to the site to grab a picture.

Bowie introduces us to his alter-ego Ziggy on the third track, Moonage Daydream. Just exactly who Ziggy is is not really clear, but by this time in Bowie’s career, just exactly who Bowie was wasn’t all that clear either. Grabbing inspiration from the technological upheaval of the early Seventies, and the transition to the rock-star-as-cultural-icon, have some fun and download the movie A Clockwork Orange, then watch with the sound off as you listen to the album. It’s not a perfect mesh by any means, but it will tune you into the styles and mindset of the day. At the 3:55 mark of Moonage Daydream, you’ll hear Mick Ronson’s simple but amazing guitar solo that could only have been recorded in a room with stellar acoustics and design – in isolation it is quite symphonic and chilling. 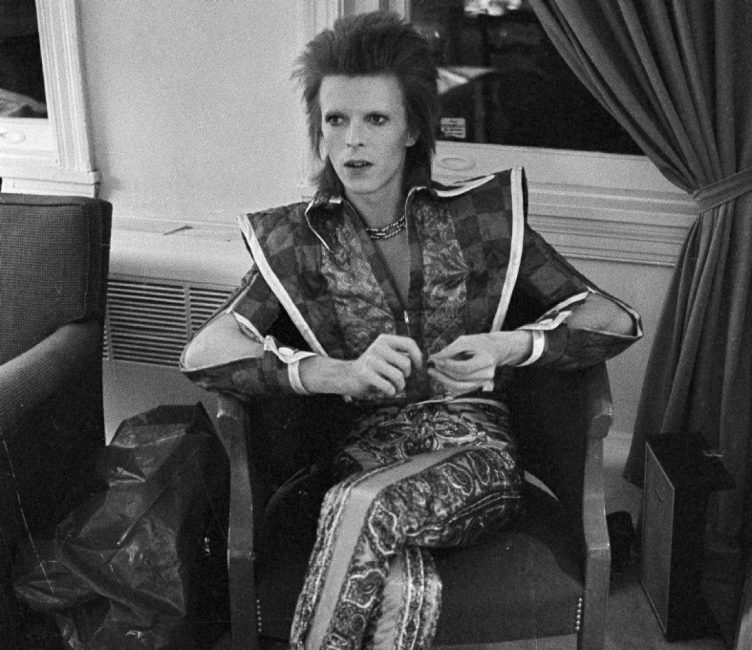 Among some of the other important albums recorded in the 1970s, All Things Must Pass, a good chunk of the Beatles’ White Album, Queen’s first three albums, Lou Reed’s Transformer, Elton John’s seminal early albums, Genesis’ first three albums and George Harrison’s My Sweet Lord and Ringo Starr’s It Don’t Come Easy were all recorded at Trident.

It Ain’t Easy features an uncredited performance by Rick Wakeman on harpsichord. Wakeman was an important figure in Bowie’s previous albums but by this time had decided to take the gig with Yes that would ultimately make Wakeman’s reputation as one of the most inventive keyboard players in history. Moving away from the keyboard-centric tracks on his earlier work, guitarist Ronson took to the piano for the recording of the rest of the album.


Side Two (if you’re tracking the vinyl) opens with Lady Stardust, a down-temp rocker that is neither ballad nor raver, but it’s this track that starts to put the story of Ziggy and his Spiders From Mars band into context. It’s kind of hard to process this album as a “rock opera” or “concept album” and once you dive into the material you can see that it’s a varied mix of songs with a loose central theme, but no real intent on storytelling. That mythology came after the album’s release.


Ziggy Stardust is pretty much an entire concept album contained within a three-minute song, and that’s where the fascination began. As the song ends you’re assaulted with those glorious double-tracked guitars that open Suffragette City, and like the liner notes say, this album is meant to be played at “maximum volume.” That instruction most likely came form the power of this song alone.

Suffragette City was originally written by Bowie for glam rockers Mott the Hoople (who actually turned the song down!), but was included on Ziggy Stardust, presumably because it is a great song and not because it necessarily fit the narrative of the album. Further proof that the mythology surrounding the album is just that – and that’s not a bad thing. It wasn’t until Bowie and his band began touring to support the album that Ziggy began to take on a life of his own. Bowie himself pushed the character so hard that in contemporary interviews he claimed he was worried about losing his mind to his alter ego. Myth making or not, Bowie abandoned Ziggy which in turn began the media’s fascination with the characters Bowie would assume throughout the Seventies and early Eighties.


The album ends with Rock & Roll Suicide a song that features Bowie’s acoustic guitar work while laying the foundation for the emo movement that would follow thirty years later.


Trident was sold in 1981 but by the late 1980s the studio was no more. But for ten years or so, Trident was possibly the most important recording studio on the British music scene.


When superior technology teams up with out-of-this-world artistic vision, once in a generation albums like The Rise And Fall Of Ziggy Stardust and the Spiders From Mars are the result, and whether you love, like or hate the album, what you’re listening to today has its roots in rooms like Trident and albums like Ziggy.