Finding the Right Amplifier For Your Passive Speakers, Part I

In this day and age, choosing the proper amplifier for your new passive speakers is not as difficult as people think it is. Stick with quality manufacturers, find an audio dealer you trust, watch the power ratings and enjoy some tunes. However, for those of you who like making things more difficult than they need to be, here's some background information on amplifiers that may come in handy when choosing your next piece of gear.

A Parable of Deafness

Back when I was a proto-slacker college student I did sales at a high-end audio equipment retailer that predominantly dealt in competition-level mobile audio. Think a cross between Wayne's World, MC Hammer and some Trogolodyte version of The Jersey Shore: We're talking extra alternators in Ford EXPs and minivans with room for two because of the subs and amps.

My most memorable customer was Don who was in his early twenties. I put a system in his Chevy S-10 but he kept returning, complaining his system "wasn't loud enough." Several times I sat in the passenger seat of his truck and was assaulted with Anthrax and Megadeath tracks at mind-numbing SPLs.

It was loud enough, it just sounded like crap. At the volumes he was playing his music, the mid-range was non-existent because of all the clipping and the highs were so muddy and distorted that they actually made my sinuses hurt. There was bass though. Lots and lots of bass. I tried in vain to explain to him why he was prematurely going deaf, but, you know, tech stuff is just boring. He just wanted his system to be loud regardless of how it sounded. I haven't seen Don in years and years, but I am sure a significant portion of his monthly income is now spent on fresh hearing aid batteries.

So Why Was Don's Expensive Audio System Such A Menace To His Ears?

Don's system was developing plenty of SPL, unfortunately it was mostly noise.

A dirty secret when measuring an amplifier's output (especially in the mobile market) is to find a particular frequency, at a particular milli-second, that rises to an extremely atypical level, and then to use that number to market the amp's Peak-to-Peak power rating. By doing this, it becomes possible to have an amp with 1,000 Watts Peak-to-Peak power even though that amp may not really be capable of producing anywhere near that amount of real-world power. Peak Music Power Output (PMPO) is another tricky (far be it for me to say gimmicky) number that varies from manufacturer to manufacturer (and advertising copywriter to advertising copywriter) which is sometimes used to describe the momentary (read: instantaneous) peak

The number you want to reference when comparing amplifier outputs is Continuous Power, which is not necessarily the same thing as RMS Power, even though the term RMS Power is often applied to continuous power ratings.

Science Somewhat Simply Put:
Root Mean Square (RMS) is the DC equivalent to an AC signal and is calculated at .707 times the peak rating. Typical US domestic AC power is rated at 120V which is an RMS measurement of a theoretical constant. However, depending on environmental and usage conditions, the 120V in your wall may dip as low as 107V. The peak-to-peak figure for this voltage is approximately 170V. It's more complicated than that but for this piece that example will suffice.

Unless you listen to a lot of Psy- and Bubble-Trance, the problem with calculating RMS for audio is that audio is constantly changing and rarely repeats (even though your ears may think it does). A true RMS figure for an audio device is taken at a specific frequency and is therefore only a useful number at that frequency. It is however a good reference when compared with other amplifiers and equipment, assuming the same measuring technique was used.

The Problem Is, Hardly Anyone Uses the Same Measuring Technique

In 1974 the US Federal Trade Commission set standards guidelines for measuring amplifier outputs. These guidelines use specific, continuous sine waves with amps driven just to the point of clipping. Not precise, and certainly not musical, but at least its a reference. In spite of this there is still a lot of variation in the measuring techniques used from manufacturer to manufacturer.

There Are A Few Things We Need To Clear Up

If you increase the volume of your audio 3db you have doubled your volume, and every 3db increase thereafter is another doubling of volume: 3db is twice the value of 0db and 6db is four times the volume of 0dB.

Uncompressed music, like we listen when we hear a band play live, may contain peaks that are up to 20db higher than the mean output, meaning it is possible (and quite probable) to experience momentary peaks that are 100 times greater than the average. This means your 200W RMS amplifier would have to be capable of delivering an instantaneous 20,000W of peak power.

Most quality home audio loudspeakers are capable of handling power significantly higher than their rated averages, but not 100 times higher. However, since you will be listening to music and movies that are dynamically compressed, the need to handle such amazing power peaks isn't necessary. That's why power considerations for professional applications are somewhat different than those for home use. Still and all, it's useful to know how pro audio is spec'd.

When putting a professional music or theater system together, you match an amplifier with twice the RMS output as the speakers you'll be using. A speaker rated at 100W RMS requires an amplifier rated for 200W RMS. If you're unable to find an amp with exactly twice the rating, you simply multiply twice the speaker's RMS rating by 0.8 and 1.25:

Above 250W RMS and you'll probably fry the speaker by overpowering it, and below 160W RMS you'll probably damage the speaker with excessive clipping. The above formlae are specifically geared toward pro-audio system design, but in the consumer-audio world the number for minimum power is quite helpful in helping you decide how powerful your amp needs to be based on the power handling capabilities of your speakers.

All music systems introduce some level of distortion

This may sound like blashemy coming from a speaker company but – regardless of their price – your loudspeakers will introduce more distortion than any other component in your system.

For every single step of the way from the storage device (hard drive, CD, vinyl) through the cables, connectors, copper runs, DACs, pre-amps, tone filters and equalizers (just say no!), final amplifiers, output transformers, speaker cables, terminals, crossovers, lead tinsels and the drivers themselves, the sound at the start of the individual link in the chain is different from the sound at the end of the link. You will never hear exactly what your music sounds like on its storage device – it's not possible. It's not a bad thing if you're buying quality equipment, but if you're cutting corners or buying inferior or poorly matched equipment, the amount of distortion you introduce will certainly be noticeable, and probably objectionable.

Crossover Distortion has nothing to do with your crossovers. Crossover Distortion is created as the signal crosses the null point in Class B or Class AB amplifiers. It is caused by the device actually switching on or off as it processes the signal. Class A amplifiers do not switch on or off so they do not create crossover distortion, that's why they get so hot.
In other classes of amplifiers (B, A/b, D) feedback is introduced into the circuit nulling the crossover distortion, but at some level it's still there.
Even Order Harmonic Distortion is musically sympathetic, meaning even harmonics are octave multiples of a note, or in other words, they're the same note one octave higher. Even Orders tend to be smooth and bright and in the right measure add warmth and a sense of "fatness" to a sound. Most vacuum tube amps produce even order harmonics and are therefore considered by many to "sound better" than their solid state counterparts.
Odd Order Harmonic Distortion typically sounds rough, edgy or "gritty" and can be harsh or unpleasant.
The higher the harmonic the lower the volume as the energy dissipates as you move away from the fundamental tone.
Frequencies over 10,000Hz like cymbals and human sibilance (the 's' sound) don't produce audible harmonics but it's easy to see that sounds at those frequencies will very likely be interfered with by harmonics from lower frequencies.

Low Level (or Order) Harmonic Distortion can be either even or odd and occurs close to the original frequency
High Level (or Order) Harmonic Distortion can be either odd or even and occurs farther away from the fundamental note and will therefore sound unlike the fundamental, giving us the perception of harshness
There are other types of distortion: slew, wow & flutter, intermodulation, temporal aliasing, quantization errors and phase errors to name a few, but they are not within the scope of this piece because most, if not all, manufacturers of modern audio equipment solved these problems decades ago.

There is however, one type of distortion that is never good, even when it's so-called soft: 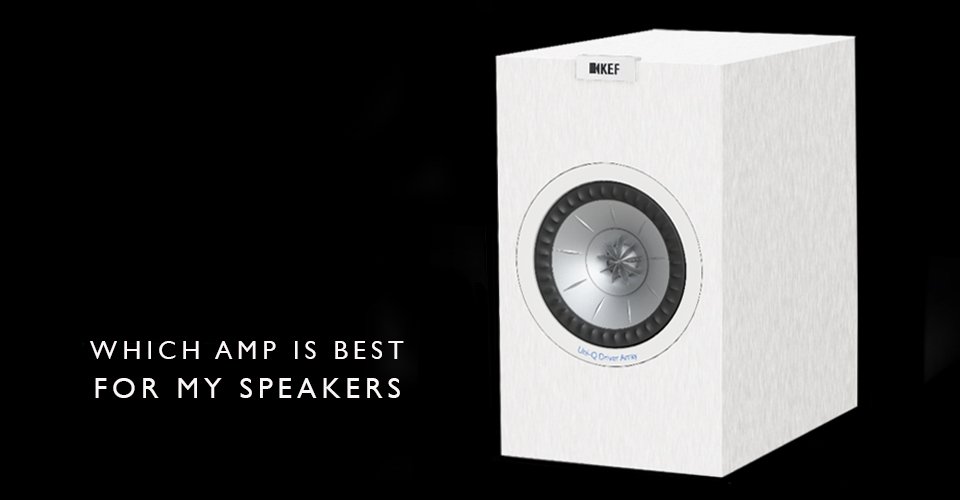 Figure A is a nice and clean Lissajous Graph of a sine wave. Notice the nice rounded peaks and valleys. If we were to listen to this tone, it would be non-musical in the sense that harmonics were not present, but it would sound simple, clean and somewhat pleasant.

Figure B shows a similar sine wave that has been clipped. Basically the nice rounded peaks and valleys are gone. This signal would sound harsh, especially without any harmonics to soften it.

When an amplifier is under-powered and trying to drive a speaker that requires more current to produce a desired SPL than the amplifier is capable of, it basically quits trying, or shuts off on the signal transistions, causing clipping. This causes the louspeaker to hit a virtual brick wall with every musical cycle - it stops short and abruptly and the unused inertial energy is transformed into heat. Clip an amplifier for too long and you will damage your speakers because of this unnatural transition. All of this extra energy will cause something to give: If you're lucky a fuse will blow in your amp. If your unlucky either your speaker or your amp will become damaged.

In the digital world, clipping occurs when the inputs (for example) are driven harder (provided more input volume than they can use) causing the ADC (Analog-Digital Converter) to simply ignore the excess data. Digital clipping is extremely unpleasant to listen to, while analog clipping may be subtle at times, which is also what makes it so dangerous.

Soft clipping is the gradual flattening of the peaks and valleys. Vacuum tubes tend to clip slower or softer, making the clipped signal sound less harsh. Regardless, clipping drastically changes the intended sound of a signal and should be avoided at all costs. Accepting soft clipping over hard clipping is like accepting a Milk Bone sandwich when you ordered a Tuscan Chicken Brioche.

Thesis Statement: Clipping is the root of virtually all evil in the audio world.

In Part 2 tomorrow we'll discuss some other factors that may interfere with the pure joy of listening to music and we'll put all of this information into context to help you make the best decision when matching an amplifier to your new speakers.

Note: This series is meant to present a broad overview of the subject as succinctly as possible in an attempt to give a basic understanding of the subject. By necessity, some detail and depth of explanation have been left out.