A BRIEF HISTORY OF SURROUND SOUND

In 1967, Pink Floyd played a show in London with a “surround-sound” system. The psycho-acoustic (and psycho-trophic) desire to tinker around with surround sound at a live show seems a natural for a band like Pink Floyd, but live-surround sound still is a bit of an oxymoron.

In the early 1970s, music studios dabbled with quadraphonic recording, and for home use, quad had promise but there were some serious technical obstacles to overcome – the technology of the day simply wasn’t advanced enough. Open-reel tapes were available in true discrete quadraphonic sound, but the machines were expensive so broad appeal was light. Vinyl, which was the predominant method of playback at the time, posed a serious roadblock to true discrete quad sound so the two “rear” channels were mixed via a matrix to be decoded by the receiver. This solution was also expensive with little mass appeal.

You could win a bar bet by knowing that Quadraphonic sound (surround-sound as we call it today) first became available in 1969. In 1970, RCA Records released Quad-8 tapes which were 8-Track tapes that played discrete quadraphonic sound. If you played them on a standard stereo 8-Track you would only get half the sound, so this lack of backward compatibility meant you had to buy a specific Quad-8 player. Again, expensive with little demand. Quad-8 tapes were available until 1978 when the format was abandoned due to lack of interest.

Since there were no viable ways for the mass consumer to play movies at home, surround-sound was specifically for music. When VCRs first became broadly available in the late 1970s, people (mainly the movie making people and movie theater owning people) were up in arms about lost revenue and licensing, so there was a lot of pushback on the ability for the average person to own movies in their own homes. Funny how that worked out.

With that genesis in mind, let’s take a look at the history of surround sound formats and the nomenclature that at times seems specifically designed to confuse us all.

1941: Fantasia is released by Disney Pictures. Walt Disney challenged his engineering team to come up with a way for the music in the film to envelope and surround the listener, (engineers at Bell Labs were already working on a multiple-microphone recording system). Disney’s proprietary Fantasound system is considered the first cinematic use of surround technology with sound emanating from the left-, center-, and right-front and the left- and right rear positions. Because the two rear channels were played back from a separate reel of film and the additional equipment needed (54 speakers plus the additional playback machines) only two theaters (one in New York and one on Los Angeles) put out the $85,000 (roughly $1.5 million dollars today) necessary for the system.

1954: Electronic music studios in Europe begin using Q4: Standard 4-Track tapes were speeded up and all four tracks were recorded simultaneously to produce a mix that could be played back by four discrete speakers giving the listener the sensation of space and of being surrounded by sound.

1967: Pink Floyd plays the first-ever concert in full quadraphonic sound in London. The system comprised four discrete channels placed in the four corners of the concert hall, theoretically enabling the audience to listen from the center of the sound source.

1969: Vanguard releases Q4 on open-reel tapes to the American market. Surround-sound is known as quadraphonic and is primarily a music technology.

1976: Dolby Laboratories develop analog surround systems for cinema use. Coincidentally, 1976 is also the year that saw the demise of the Quad-8 format commercially, although RCA would continue to issue Quad-8 material until 1978.

1977: JVC introduces the VHS tape at the Chicago CES show. It would be a few years before this format beat rival Sony’s Betamax (which was developed in 1975) for market dominance.

1982: Dolby Labs introduces Dolby Surround, which uses a matrix encoding to “piggy-back” the program for the rear speakers on to the signal for the left and right front speakers. The center channel is a composite of signals panned in the center and the rear channels are phase reversed from the front channel. This is due to the limited bandwidth available on VHS tape.

1983: Pioneer Electronics introduces the Laserdisc. Storage space was greatly increased over VHS allowing for more channels and greater bandwidth. Dolby Labs exploited this by introducing AC-3 (Dolby Digital) which featured stereo rear channels, enhanced bandwidth and a separate Low Frequency Effects (LFE) channel allowing the addition of a subwoofer. This is the beginning of the “5.1” system – five channels (2 front, 1 center, 2 rear) with the “.1” signifying the subwoofer. Thirty-two years later, Dolby Surround is still considered a benchmark technology and is still included on most Blu-Ray disks. 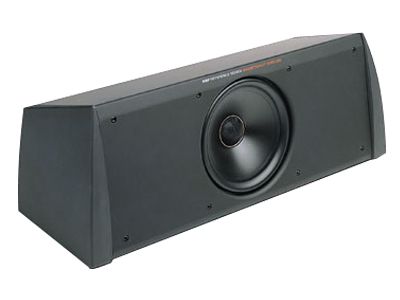 1993: Calabasas, California-based Digital Theater Systems introduces DTS as a rival format to Dolby. For theatrical releases, Dolby Digital’s audio information is located between the sprocket holes of the film with a slightly lower bitrate than DTS, which uses a time-code optically imaged onto the film. This time-code is read and synched by a CD-ROM that carries the audio information. DTS is generally considered to be of a higher fidelity than Dolby.

1995: The DVD is introduced. Developed by Phillips, Toshiba, Matsushita (Panasonic) and Sony, the storage capability of the DVD pave the way for more intricate sound programs and eventually High Definition television in the mainstream.

1999: Dolby introduces Dolby Digital EX which is a 6.1 surround format. The format never really takes hold, likely because most consumers (incorrectly) view the two surround speakers as “rear” channel (they are supposed to be set-up slightly behind, and to the side, of the listener. In a 6.1 system, the sixth speaker is truly a rear speaker. Also, the advent of 7.1 pretty much negated the desirability of 6.1.

2006: The Blu-Ray is introduced and along with it, 7.1 surround, which adds side channels to the mix. Both Dolby and DTS have 7.1 formats, and both have lossy (compressed) formats and uncompressed formats.

2012: Pixar releases the first Dolby Atmos-encoded film Brave, heralding the advent of scalable “3-D sound.” Dolby Atmos adds up to 128 tracks, with 10 dedicated to ambient stems and dialogue, leaving up to 118 tracks for audio objects like sound effects. The Atmos system uses metadata so each channel is properly encoded depending on the number of available Atmos channels.