There is nothing more satisfying than a perfectly dialed in audio system. Unfortunately, a perfectly dialed in audio system is only possible with specialized setup software and a series of difficult steps, right? I mean, in order to get an audio system performing at its peak you need an engineering degree, or lots of high-tech equipment, right? If neither are available, then surely the opinions of on-line experts will set you straight. I mean, you can’t just be a regular person and buy some components and have a system that sounds great, can you?


Yes, you can. Believe it or not, you can get the most out of even the most expensive audio system using the greatest audio test gear ever devised, a set of tools you carry around on your head with you everywhere you go.

With apologies to the Beatles, all you need are ears (and a little patience).

One of the best parts of my job is getting to fiddle around with our products. As far as the paperwork is concerned, I get to play with all of these wonderful toys to test them, write about them and support engineering and customer service. It might sound like a lot of fun (it is) but it’s a lot of work to dial in each new component (it’s not). Based on current conventional wisdom, I am obliged to spend countless hours fiddling with settings, obsessing over toe-in angles, or relentlessly measuring the distance of each speaker from some nebulous point in space somewhere in my room. As a lifelong gear head, that just sounds exhausting – and a bit of a buzzkill. Luckily, it’s also unnecessary, unless you want it to be. 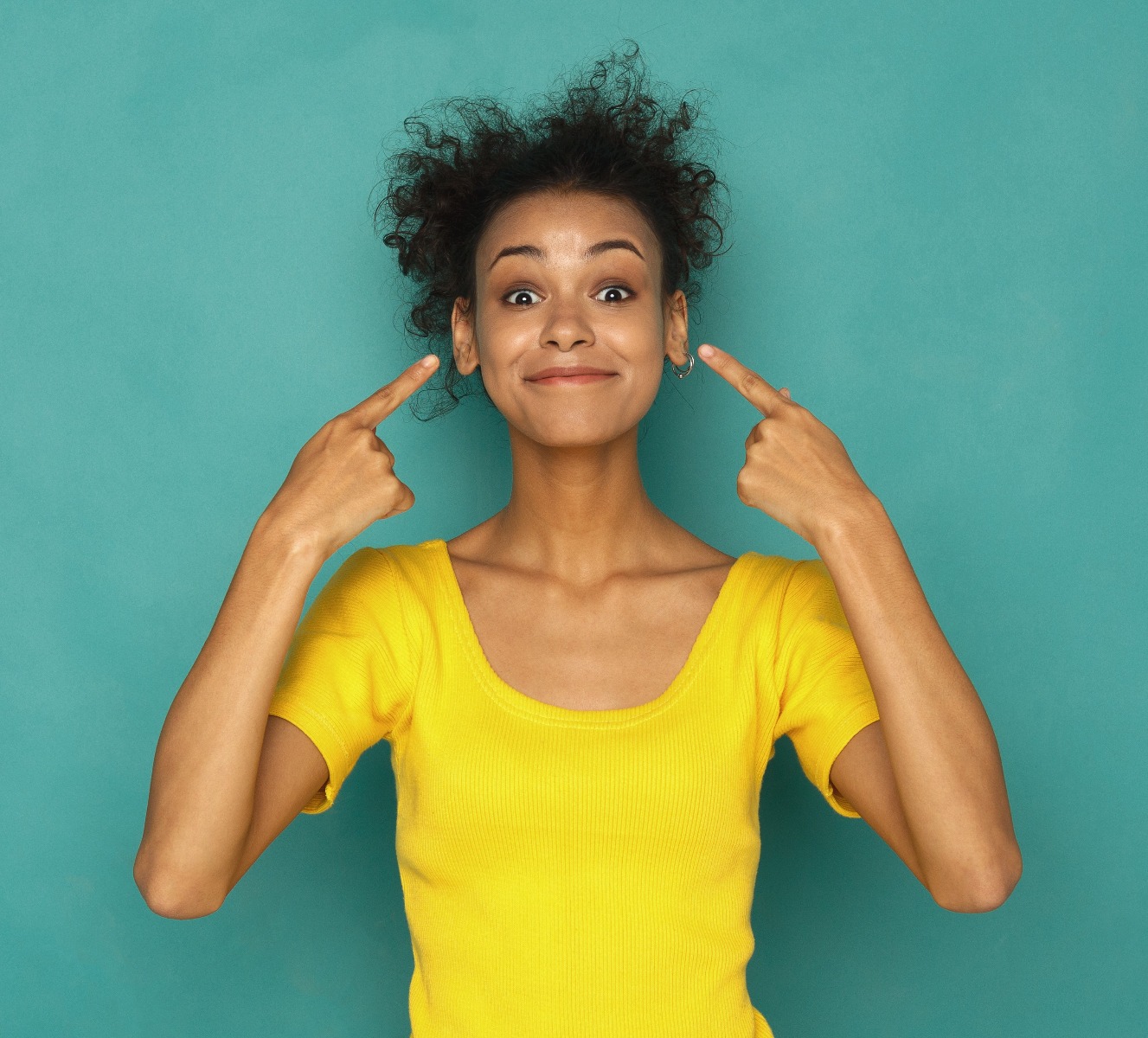 Last month, I received a KF92 and a KC62 subwoofer for testing and support. Mostly, I just upped my subwoofer game, but I’ll just keep that to myself. The KC62 went with a pair of LS50 Wireless II’s in my office and the KF92 joined my Kube 10, replacing an older model in my humble theater room. I do my serious listening in my theater room so let’s stick there for now. 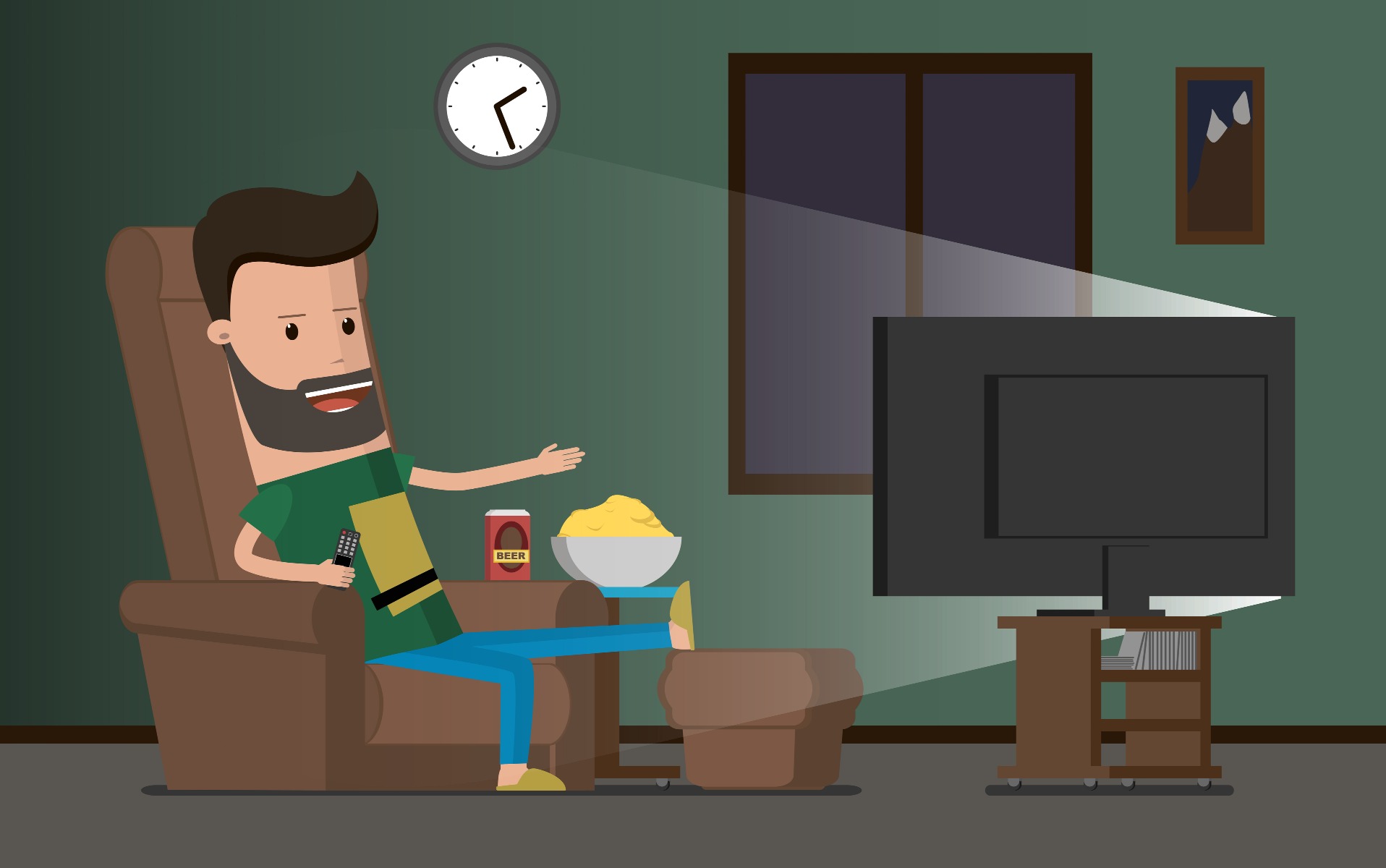 Like every other audio person, I gleefully opened the box and unpacked my KF92. Who doesn’t love new gear, am I right? I happily placed the new KF92 in its spot. For reference, its “spot” is just inside the right speaker, closer to the right than to the center speaker. I use original LS50 for L/C/R placed on stands and the stands are placed on 2” thick granite precision squares to decouple them from the floor, reducing comb filtering. The granite also helps raise the LS50’s up just enough to make sure I’m getting even dispersion to the back row, which is on a 15” riser.


When I originally built the room, I used an audio setup app to measure the distances between speakers and the built-in white noise generator to set the levels. I didn’t use the settings from the app because – to be completely honest – the results sounded terrible. To me. And there’s the key – my ears are better at telling me what sounds good to me than a cheap microphone and a generically programmed app. Automation is super helpful for initial system setup but even the best rig cannot replace a healthy set of ears listening with intent.

Every time you add a component it’s a good idea to reset all the volume settings as the new piece – even a subwoofer – will change the overall dynamics of the system. Using the built-in white noise generator in my AVR and the microphone that came with the receiver, I found the quietest speaker and set that as my baseline. I then dialed in the other eight speakers using the dB reading on the AVR’s app until everything was objectively even. That doesn’t mean it was necessarily right, but it formed a good foundation. Then I did the most important part of the process…


I simply listened and let my ears apply subjective bias to what I was hearing.


I played some tracks from a familiar album and tweaked the two-channel portion of the system (left and right speakers and the two subs) until I was reasonably happy. Then I fired up the BluRay player and played a familiar movie to dial in the rest of the system. I run direct in pure mode so the AVR doesn’t intentionally color the sound from the source to the speakers – and none of those pre-programmed “surround” settings for me. Once I got everything close, I just listened.


For the next two weeks we simply listened to music and watched a few movies without worrying about how the system was setup – how it sounded was what mattered. Frankly, I had no idea if my system was right or not. Getting it right would come in time. 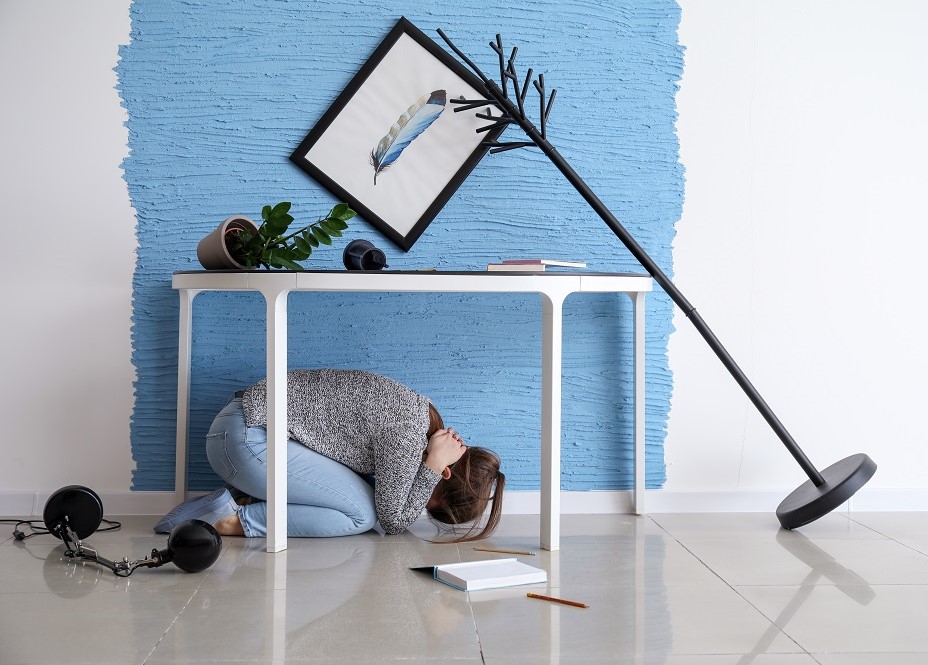 I’m using the AVR’s LFE to set the crossovers so presumably the crossover from speakers to subs is correct. I started with 80 Hz and went from there – if that’s good enough for George Lucas it’s probably good enough for me, too. We watched a movie, and I felt the subs were a little too present in the mix, so I went into the setup menu and lowered the sub output by 0.5 dB. Then I listened. Then I went back in and lowered them again another ½ dB. Spot on! That was all I needed


Of course, then we listened to some music and the subs were far too present all over again. I’m not a big subwoofer fan for two-channel listening although I do really enjoy when they’re dialed in correctly (meaning they are faithful to the original mix). Since the sound of the club is far too artificial in the bass region for my tastes, I tend to seek an integration that has the subs doing exactly what they were doing in the mixing studio – adding the lowest notes with authority but without all the boomy trappings we’ve been conditioned to think is ‘correct’ bass. Just because a note plays below forty or 50 Hertz doesn’t mean it suddenly stops being musical. I didn’t want to mess with the levels I had set but there were a couple of other things I could still do. Namely, I used the EQ settings on the subs to control some of the boominess (thank you KEF engineers). After some experimentation, on the KF92 I set the EQ for ‘Corner” even though the sub is nowhere near the corner. On the Kube 10 I set the EQ to ‘Wall.’ Both subs are about 4” from the wall behind them, set up asymmetrically to counteract any standing waves one or the other might develop.


Incidentally, I also landed on 70 Hz as my LFE crossover: 70 Hz gave me the best response for movies and music without needing separate scenes. Of course, what worked for me may not work for you (or THX). My room is 12x18 feet, with six seats set in rows of two, with the second row on the riser. I have treatments to cut reflections and I put some thought into décor and setup but it’s not a perfect room by any stretch. However, it sounds really good to me, so I’m very happy with it. 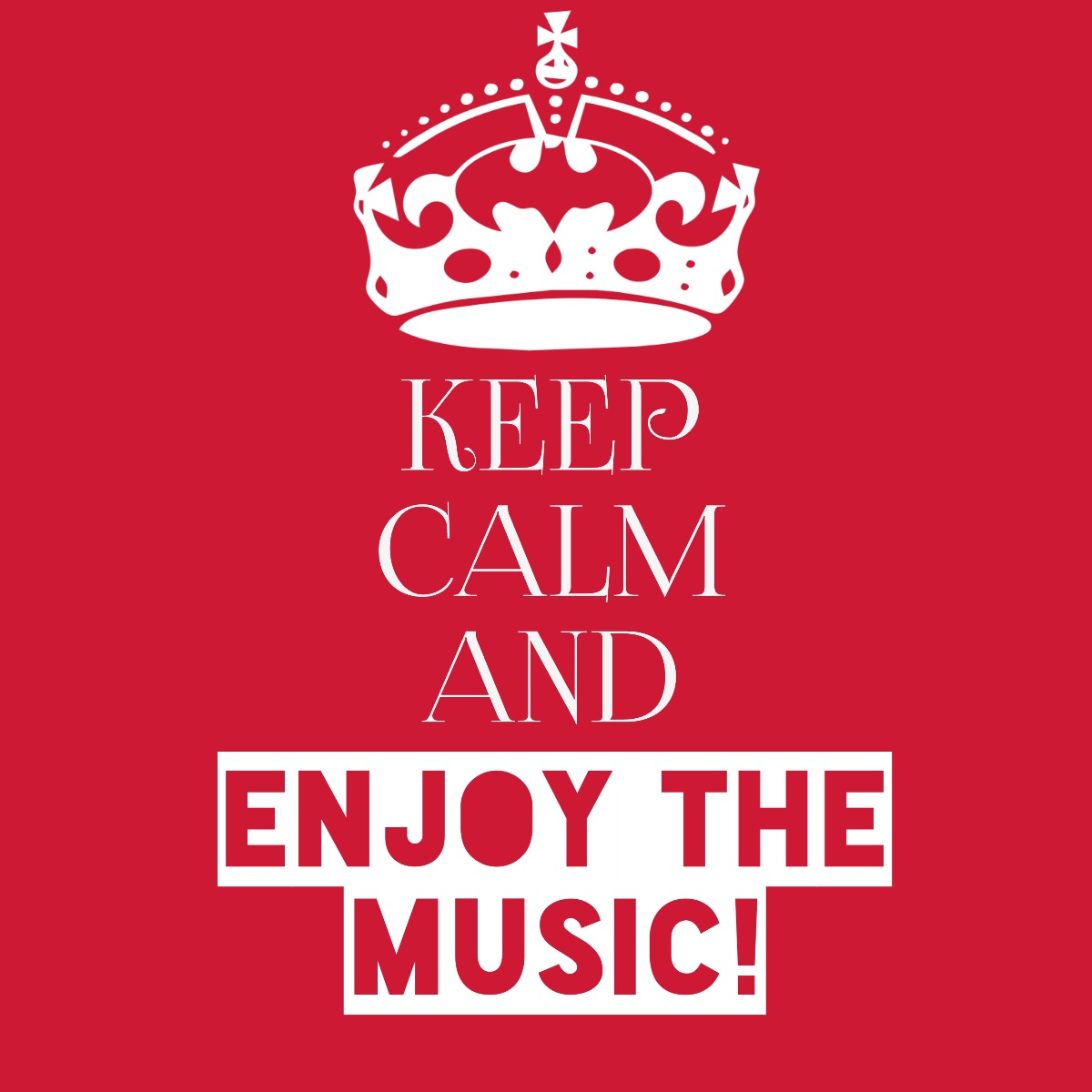 This process took a while, going back and forth between settings to get my ears as happy as I could get them. I can always tell when I’ve dialed a system in properly because the speakers become completely invisible; sonically I forget I’m listening to speakers and visually my attention is not drawn to any one particular speaker. The bass is sublime when it should be and ridiculous when the movie soundtrack wants it to be. In two-channel mode, the vocals are dead center, meaning I’ve got spread, toe-in and X-Y placement exactly right. The surrounds are prominent with good directionality without being artificial, which means I’ve got the levels and distances just right. No meter or app can do a better job of telling me what I was hearing than my own two ears.

It took almost three weeks, and that’s with a solid baseline to work from, but they were an enjoyable three weeks because with every slight tweak came a new revelation on just how good my system could sound. To me, that’s the entire fun of the hobby!

Now, you might walk into my room and hate it, although I doubt it because a) you seem like a nice person who doesn’t go around being all judgmental about a perfect stranger’s audio system, and b) the room and the audio system sound really good. But still, you might like a little more bass, a little flatter mids, who knows? Only your ears can tell you what sounds good to you.


Of course, there are starting points: 80Hz crossover, getting the sub/mains crossover mix right, getting the sub/mains volume mix right, knowing the distances between speakers and understanding how a room reacts to sound, especially bass, are all critical things in the quest for optimal sound. But an app can only take you so far, just as someone else’s experience with a particular model or brand can only take you so far. Your ears are the only things that can determine the best settings for you. Depending on anything (or anyone) other than yourself to get your system dialed in is only going to get you what the app is programmed to think is right, or what some other person who is not you, thinks is right. There is simply no universally objective way to dial in something as uniquely subjective as sound. Having the best components you can afford, in a room that has been as reasonably prepared as your lifestyle allows are the only two things that truly matter at first. After that, it’s all about the little tweaks you make. And if you don’t know what those tweaks are? Experiment. Go ahead and ask questions but remember the answers you get are just opinions, and opinions aren’t universal. 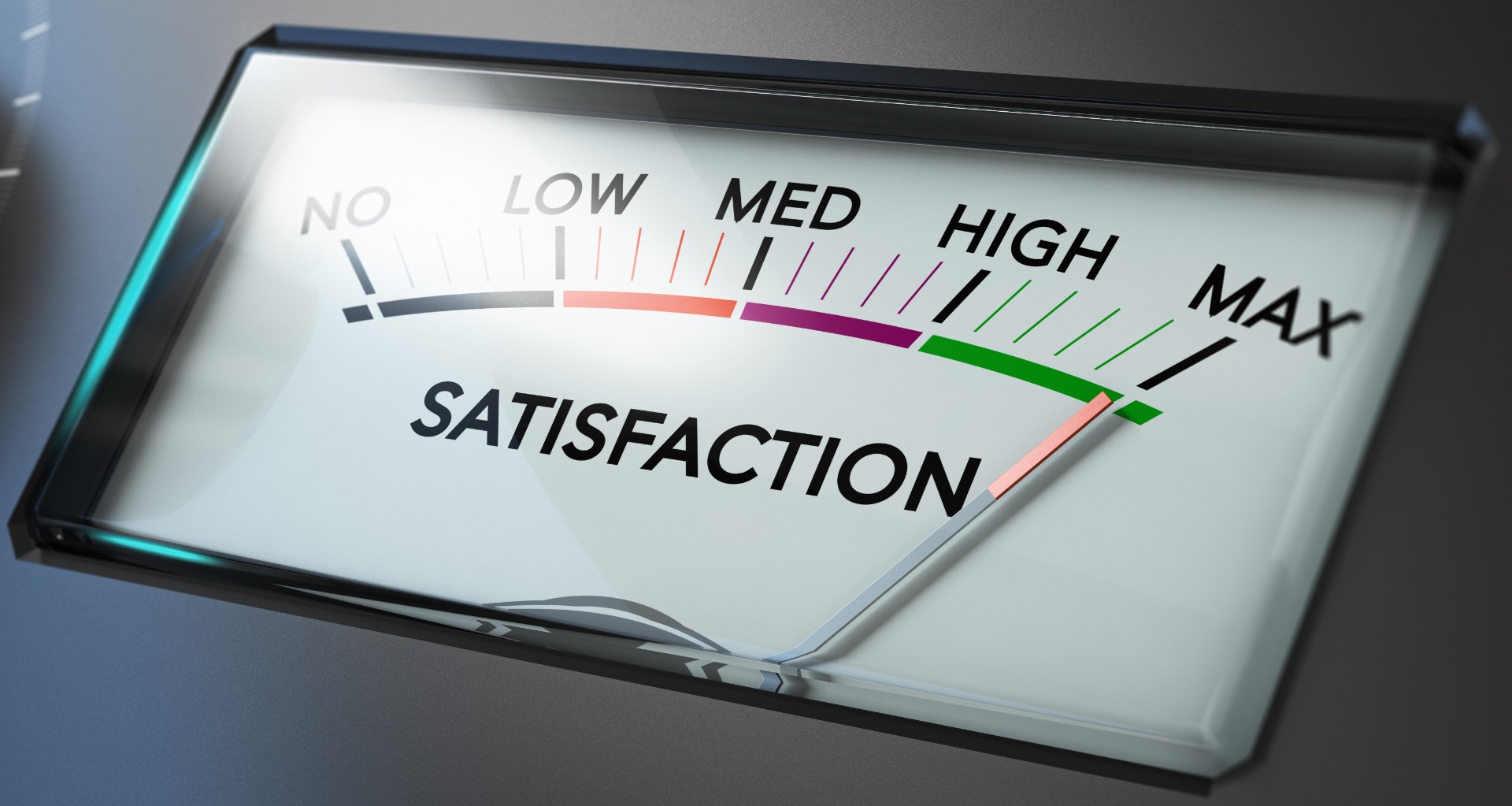 I’ve found over the last few decades that it takes time to get things where I want them. It might take a month or more to integrate a new component into my system. There is no magic bullet or sage advice from someone smarter than me. It just takes time and attention. My advice? Enjoy the ride and enjoy tweaking your components until you get that goose-bump moment we are all chasing. I trust my ears and my reaction to the music to tell me how I am doing as I dial things in. The slacker style of system setup is also a lot more fun and a lot more satisfying than worrying about what someone else thinks. If I’m loving what I’m hearing, then I’m completely okay with however long it takes me to get there! I fact, ‘there’ is really only a temporary location as I’m always up for an adjustment or two to squeeze even more enjoyment out of my speakers and room.

Go forth audio enthusiasts! Take as long as you need to dial your system in! Enjoy the journey!

It’s all about the journey.