Rival Sons formed in 2009 in Long Beach, CA, and consists of singer Jay Buchanan, guitarist Scott Holiday, Dave Beste on bass and drummer Mike Miley. They’ve released 6 full-length albums and one EP in their time together. The band is currently touring in support of their latest release Feral Roots (Low Country/Elektra) which was produced by Dave Cobb and recorded in Nashville at RCA A and in the restored Muscle Shoals Sound Studio in Alabama. 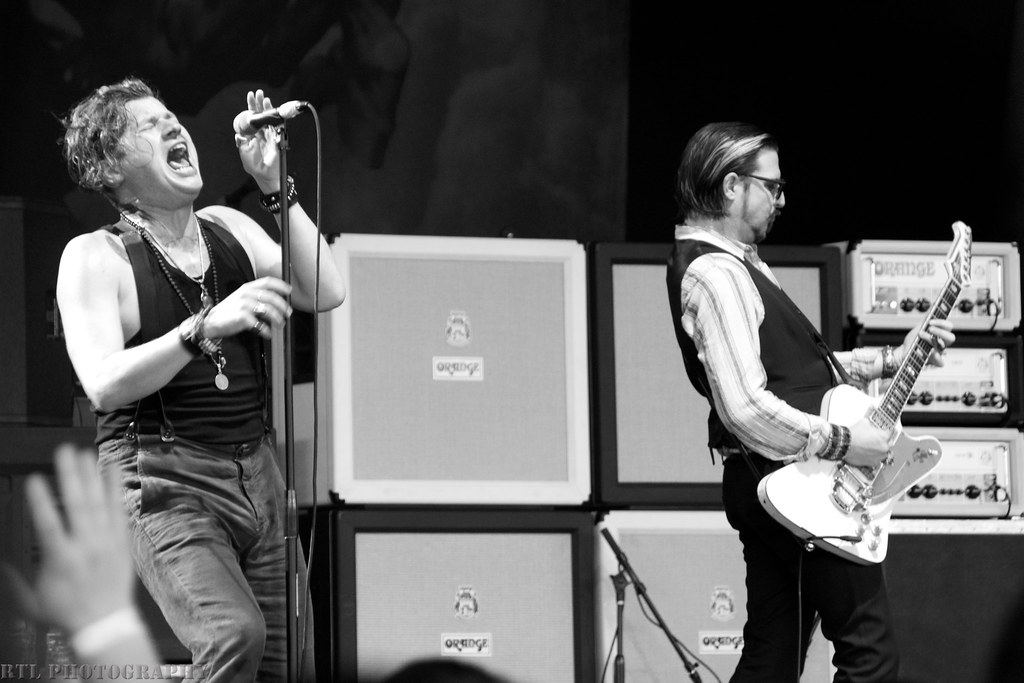 Guitarist Scott Holiday took a break from the band's current tour and sat down with KEF's Jack Sharkey to discuss the new record and the importance of sound to the art of music. For tour dates and other info visit Rival Sons' Official Website.

JS: What kind of reception is the new album getting?

Holiday: The reception has been really overwhelmingly good. It feels great. We’ve felt pretty good about all of our records, but this one in particular felt good. We did it differently, the way me and Jay worked on this record was different. We went back and forth on the writing a lot more; it was still recorded off-the-cuff but there was just more emphasis and time spent on the writing and what we wanted to include. And it’s nice that at the end of it all it really seems to have paid off. There were a few statements we wanted to make. One, because we are going to Atlantic for the first time, we wanted to show our fanbase that we haven’t gone soft because we’ve gone to a major label. A lot of bands get signed to a major label, and it’s like, ‘oh God, you made the poppiest, worst record. It’s terrible. You were a dirty rock & roll band and now you’re the Backstreet Boys of rock.It sucks.’ We’ve seen it happen plenty of times and it’s just sad. Nobody messed with us or changed anything, and we know who we are and weren’t going to lose sight of that, so we were able to make a record that was every bit as raunchy and hard as it was crafted and smart.

JS: Was it different in the sense that the band showed up in the studio and things were more finalized?

Holiday: Yeah, it was more finalized, definitely. It was still me and Jay working together and then we demo’d them out [to the rest of the band] by sitting and playing together. I would do my things by playing into my phone and Jay would do his thing, it’s was literally like us playing into our phones. (Ed. Note: Scott lives in the Los Angeles area and Jay lives near Nashville).

JS: One of the things that grabs me the most about your records, beyond how good the music is, is from the audio geek side of things how good they sound.

Holiday: Thank you, yeah, I’m into that too. I’m a total audiophile. We’re all weird in our own way, we all have really expensive speakers [laughs], and really quality setups. The record was mixed by Andrew Scheps in the UK, and Jay and [producer] Dave Cobb could listen to it on the monitors we used in the studio in Nashville and reference it that way. I’m in LA, so I couldn’t just go to the studio in Nashville where we recorded it, I just had my home setup. These LS50’s I used – and I really don’t want to do an advertisement, but it’s the truth – were crucial. These are what I listen to. I’d move around the room and go, yup, yup, yup, yup that’s it! or no that’s not it. I can play different things on them and know where the frequencies are, and that had a lot to do with the sound of the record. 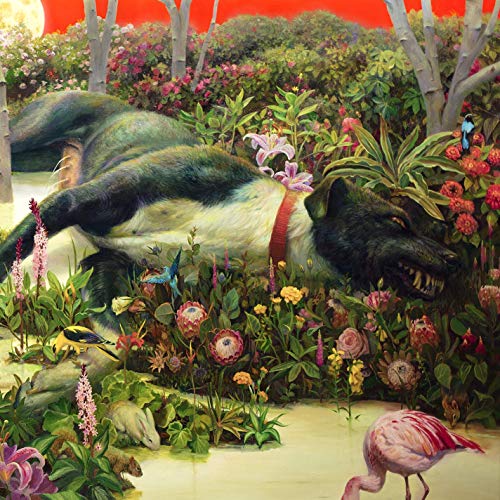 We’ve been really careful about every record, how they sound, it’s not like we’re just slapping it together. There’s always a huge concept going into it, like what gear is going to be used, where the low-end is going to sit, where the mid-range is going to sit. We’ll sit around all day with Dave Cobb and reference records, and you know, he’s a [expletive] genius, and we’ll conceptualize from past records, from our own past records – there’s six of them now – and we’ll go okay, we like this, this, this and this. We want to change this, we want to keep this. It’s truly a great thing when a band builds their sound, and it’s very important to us.

JS: So, what kind of things influence the sound? Who are some influences?

Holiday: I’m a really nerdy person about rock history and the way records sound. Dave Cobb is obviously as well. And all of the guys in the band have big musical appetites – we listen to a lot of music. I’m sure you listen that way…

JS: To the detriment of most of my social relationships…

Holiday: You listen to records that way too, like yeah, I can hear the room, I can hear the atmosphere. I like the compression on those drums, I like the openness of the vocal, and so on. We listen to music in a different way. If my girlfriend hears me talking about it, she’s like I don’t know, I don’t hear any of that. It’s a pamphlet for her and to us it’s a [expletive] encyclopedia. There’s a lot of detail in there, like, oh my God! I can hear the second mic on the guitar cabinet and it sounds great!

We’ve learned over time that stacking and adding doesn’t make anything sound better, louder or stronger. I do plenty of overdubbing and double-tracking, but generally it’s just straight ahead, with my fuzzes and other stuff to fill up the space, but it’s still pretty immediate and raw. You don’t need to put five guitars [on a track], one guitar says it. You know what record does that for me? Black Crowes Southern Harmony, Mark Ford was the guitar player along with Rich [Robinson], and I swear, it used to freak me out. I’d headphone listen to that record and it’s like you could hear it’s one take. You could hear Marc in your left ear, and you’d hear him do an intro and then right into the verse and it’s not an overdub. And then after the verse he’d go into a chorus and then straight into the lead and I’d go that’s the same [expletive] guitar, dude! He’s playing the song! And I remember when I discovered that just being lifted from it – like I love it! I’m hearing what he’s saying through the song and I’m not having to dig through too much [unnecessary stuff]. It was just real, dude. There’s something really, really special when you can hear a single take throughout a track.

JS: You have to know when to stop. Things tend to get so mechanized with overdubs and cutting performances up into pieces, it’s no wonder the audience gets bored sometimes.

Holiday: Also, the audience is bored because the band’s not good. They’re just not good players. They’re able to make a record because they understand how to get in [to a song] and make parts, and they can make it sound good piece-by-piece. And then they play live and people are like yeahhh, they’re not that good.

For me when there are too many parts, I just can’t get ahold of it ever. It never really sparks because you’re hearing the robot more than you’re hearing the human. At the end of the day, we want to feel what the artist is feeling. We want to experience that emotion, and it might be very messy, and very aggressive and very imperfect, but that’s what we’re looking for in all of our art – feeling. I just want to hear what an artist is trying to say and feel something from it. And when you take it apart too much, it just starts to feel robotic. I hear the part – there’s no mistakes, clearly – but it doesn’t mean anything because the human is gone.

Holiday: It’s the imperfections in a performance that will break your heart, that will touch your heart, penetrate your heart. You hear a voice like Willie Nelson and everything isn’t perfect, but it’s so perfect.

Rival Sons will be on tour in Europe through August before returning for dates across the US and Canada in September and October. Their latest album Feral Roots is available wherever you get your music.