The STAX Sound - The Cornerstone of American Soul Music

If you’re a fan of funk and soul music and you’ve never spent time digging into the STAX/Volt catalog, do yourself a favor and put some time aside. If you’re familiar with the STAX/Volt sound but haven’t listened in a while, here’s some background on why those records sound so great, even 50+ years later.
In 1958, Estelle Axton invested $2500 (more than $20,000 in today’s dollars) in her brother Jim Stewart’s fledgling record company. Satellite Records was founded as a straight Country music label with a little Rockabilly thrown in, (after all, it was located just outside of Memphis, Tennessee), but in 1959 the label released an R&B single by the Veltones called Fool In Love which was picked up by Mercury Records and became a minor national hit. 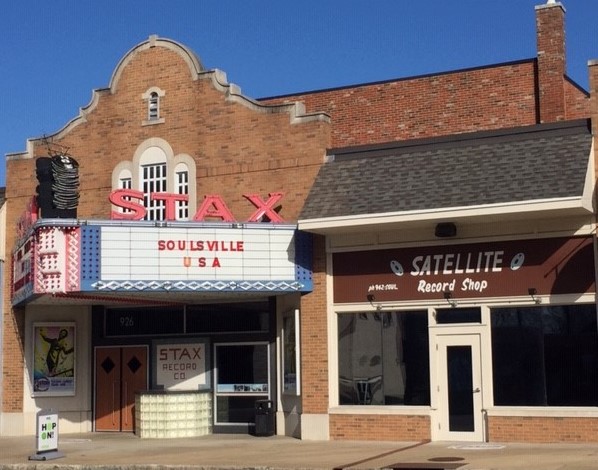 After Miss Axton partnered with her brother the label was renamed STAX (a mixture of their last names). Stewart concentrated on the recording and engineering and Axton ran the record store located next to the studio. A distribution deal with Atlantic Records allowed the partners to concentrate on the immediate business without spending limited time and money on marketing and promotion.

During this period, local DJ Rufus Thomas became acquainted with Stewart and in 1960, Thomas and his daughter Carla recorded Cause I Love You in the new STAX studio in downtown Memphis. After the moderate successes of Fool In Love and Cause I Love You, Stewart – who had been a fiddler and Bluegrass and Country fan described himself as a “blind man who had suddenly regained his sight,” and from that point on STAX focused on R&B and Soul.

Assembling one of the greatest house bands in history, STAX and its Volt subsidiary would spend the next fifteen years defining the sound of American music. Steve Cropper, Booker T. Jones, Donald “Duck” Dunn, Floyd Newman, Isaac Hayes, and Al Jackson were the main players, but also just a small sample of the monster musicians who played on virtually every STAX record. Players like Cropper and Dunn began recording in the STAX building when they were still in high school. An important footnote to the STAX story is that it was a fully integrated label during a time when Memphis was still a segregated city. The music was the common denominator.

But it was the studio itself that played a huge role in how the records recorded there sounded.

STAX moved into the abandoned Capitol Theater on East McLemore Avenue (the studio is open today as a museum and if you’re ever in Memphis, you should make it a point to stop by and check it out). The sloped floor of the main theater was kept in place, with the musicians setting up near the former stage on the flat part of the floor. The Control Room was located in the projector room.

You can hear the sound of the room in each and every STAX record – deep and powerful in the bass but raw and almost noisy in the mids. Abbey Road this was not, but the odd acoustic signature of the room became as important to the sound as did the virtuosity of the studio musicians and singers who recorded there.

Listen to Green Onions by Booker T. & the MGs, and you will hear the room interacting with the sound like a sideman in the band. The Hammond B3 is bigger than life because of the reflections in the trapezoidal-shaped room. The bass is clean and thick, but the drums and cymbals sound immediate and untamed. The guitar lead – although heavy on plate reverb – is dirty and the decay of the reverb seems to go on forever without ever getting in the way of the notes currently being played, this is a result of the shape of the room which prevented a lot of destructive reflections and standing waves to build. You can hear the sound of the guitar travel up to the back of the studio and then come back down without ever losing power.

Listening to early Blues recordings, the sound of the South was real and unburdened by finesse, and that rawness was carried forward by Stewart and his label. The hundreds of records produced at STAX are gems of arrangement and musical power, but they remain unpolished and immediate – a perfect glimpse of the time and place they came from.

Ten Great STAX Records You Should Really Dig In To

6. In the Midnight Hour – Wilson Pickett

5. I’ll Take You There – Staple Singers