Since its founding in 1961, KEF has been unapologetically driven by technology rather than audiophile fashion. In many ways, the result of that focus on technology has driven the art and fashion of the audio industry. KEF’s position as a technological leader rather than a follower is largely due to its early embrace of computer analysis and simulation. Everybody does it now – we started doing it in 1969. 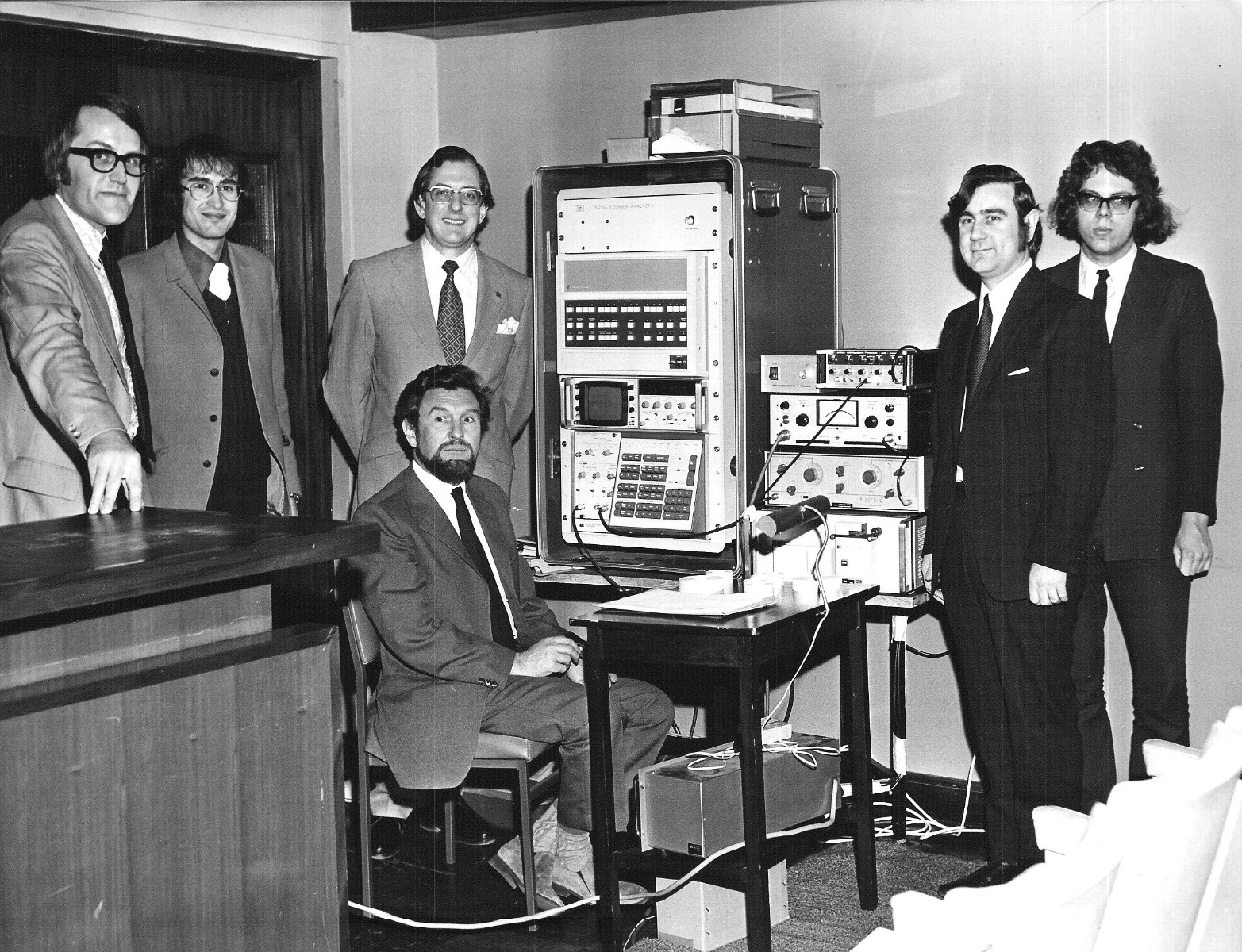 Back in the late 1960s using a Hewlett-Packard Fourier Analyzer, KEF began a joint venture with Bradford University in the UK, centered around two questions: How does sound reflect around a rectangular room and what EQ is required to design a speaker with the perfect shape for audio response? By 1975, KEF had integrated Fourier Analysis into its design efforts, with the Model 105 being the first mass-produced speaker in the world designed through the use of waveform analysis. In the early 1970s, there were few H-P Fourier analyzers in the commercial market, mainly due to their cost – $60,000 each (around $297,000 today). We saw that the investment was going to be a wise one.

It’s interesting to note that while in the process of doing the first Fourier analysis of a speaker, KEF was also one of the first engineering teams to do a digital audio recording – about 20 seconds, which in 1975 was quite the feat.

The ability to analyze the waveforms being produced by a speaker – both the wanted and unwanted – is critical to the design of a product that does not color or distort the source program in any way. Back before computers were as powerful as they are today, KEF would build a prototype, and then analyze its output in a specially designed room. This allowed our engineers to examine in real time frequency response and anomalies so adjustments to the overall design could be made. Today, all of that work can be accomplished through computer simulation, shortening the time and lowering the expense of new products simply because we don’t have to build a large number of physical prototypes.

What Fourier analysis allows us to do is make a visual representation of a signal, or in our case a series of frequencies, so adjustments to the design of the loudspeaker can be made in our quest to build the perfect shape for audio response. Fourier analysis is a branch of mathematics that focuses on the study of how general functions in a waveform can be represented by trigonometric approximated sums. Fourier synthesis is the function that rebuilds that data into a visual representation. These are commonly referred to as Fourier transformations.

Laurie Fincham, the acclaimed audio engineer who started working at KEF in 1969, explains it this way: “We started doing the Model 105 and [using computer analysis] was all very approximate, but what it did do was give [the design] a very broad distribution pattern, which gave a sort of nice ‘airy’ sound, so that the stereo image seemed to float in space rather than appear to be coming from a couple of speakers.

“We started to make the Model 105 and we thought we’d use the computer to make it very accurately because it was the beginning of computer matching [of left and right speakers in a pair]. But at the time our attempt at computer matching was simply to print the frequency responses of the first fifty or so and we would look at one another and say, ‘do you have one like this?’ We decided that wasn’t particularly effective so [one of our engineers] wrote us a matching program, and that was the beginning of computerized measuring in production.”

Music is an art we are all passionate about, that’s why for six decades we’ve been at the forefront of using science to make the best possible loudspeakers you can buy.