Recorded a few years after the untimely death of John Lennon, the album is a rich homage to the Beatles both in songcraft and production, and for that reason alone, The Nylon Curtain is a perfect candidate for a spatial audio remix. 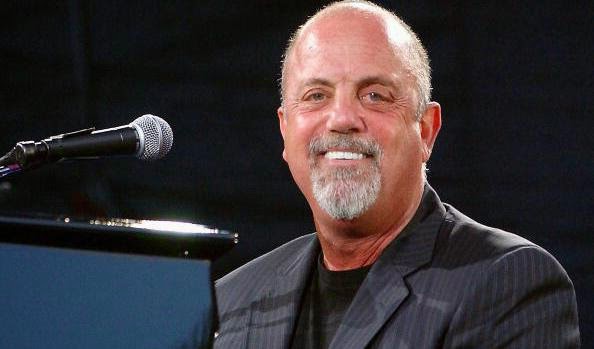 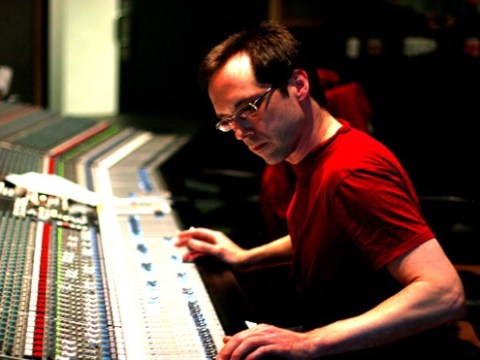 The Atmos remix of The Nylon Curtain was released on September 23, 2022 to celebrate the 40th anniversary of the landmark album’s release. The album was produced by Phil Ramone and engineered and mixed by Jim Boyer. Bradshaw Leigh was the associate engineer, and it was Leigh who remixed the 40th Anniversary Atmos release of the album.

Leigh started engineering for Phil Ramone in 1979 after a few years working as Jim Boyer’s assistant engineer. During his tine with with Ramone, Leigh worked on projects by Paul Simon, Chicago, Frank Sinatra and Billy Joel, among others. He has also been involeved in projects for an amazing variety of acts over the years, including Widespread Panic, Chet Baker, Julian Lennon, Carly Simon, Five for Fighting, Peabo Bryson, Big Country and Wynton Marsalis to name just a few.
In 1987, Leigh mixed the HBO and ABC specials that chronicled Billy Joel’s groundbreaking concerts in the Soviet Union capturing the performances of one of the first western acts to tour the USSR. He also has several technical designs to his credit that have been used on countless recordings over the years. Check out www.leighaudio.com for more information and a complete discography.

We were delighted to be able to speak to Leigh about the release of the 40th Anniversary Atmos released of The Nylon Curtain, and we’re also really proud of the fact that the headphone mixes of this release were done on a well-worn and much-used pair of KEF M500 headphones! 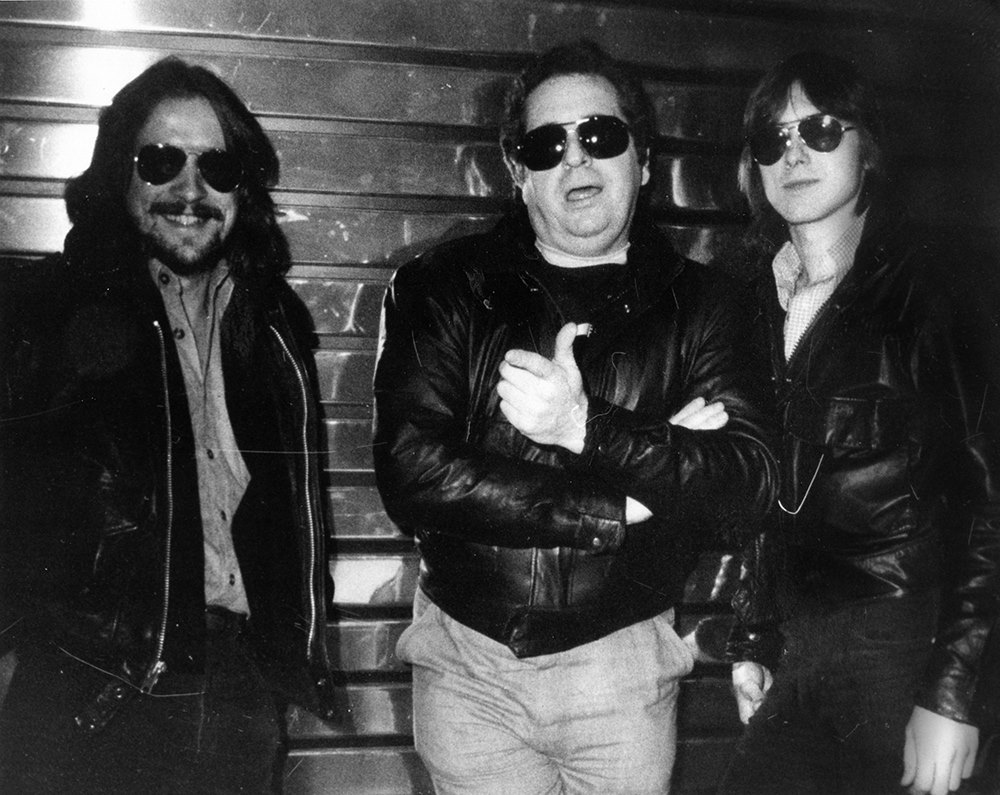 KEF: You engineered the original release and mixed the 40th Anniversary Dolby Atmos release. What was the experience of being on both sides of this milestone record like?
Bradshaw Leigh: For me it was an emotional experience. My mentor Phil Ramone [Nylon Curtain producer] passed away a few years ago and my close friend Jim Boyer who was the main engineer on this album passed away just a couple of weeks before I started mixing. Looking at the paperwork, the track sheets and original notes were all filled with Jim, Phil’s and my handwriting. I was amazed at all I had forgotten and impressed with how far Jim extended himself mixing this record. It was a different time, recording a complex album like this one using only about 24 tracks required a large skill set and deep focus on the part of producers and engineers that is all but lost in the digital age. Mixing this album brought back a lot of fond memories.
KEF: What challenges did you face re-mixing a familiar and popular album into a new format?
BL: Atmos has a number of challenges. First and foremost, it's an excellent format for theatrical movie release. There's also the binaural option which allows you to hear a quasi-3D space in headphones. I think for music spatial audio requires a delicate touch to be effective. My method of mixing Atmos was to start with the stereo mix on speakers where I would match my mix as close to the original mix as I could. At that point I’d switch to headphones, in this case my trusty old pair of KEF M500s. I altered my panning and depth while listening on headphones using the Dolby binaural renderer. To some degree visualizing where I want the instruments placed in the room because the binaural render isn't quite as accurate as being in a room with twelve speakers. When I got the mix where I wanted it in the headphones, I moved to Digital Art’s New York Atmos room, an Atmos mix room I helped design. In the Atmos mix studio I made some fine adjustments to panning, equalization and balance then I went back to my studio, listened on headphones again and made the final adjustments.
The Nylon Curtain was Billy's big experimental album and Billy and Phil did a lot of experimentation on this record. They recorded a lot of ideas that weren't used in the final mixes which generally took about three days per song. I had to sort through the tracks and figure out what was and what wasn't used in the final song version. This took about a day per song. After sorting through the arrangement, I had to figure out what effects were used. This album was recorded in 1982 and the mix used a large assortment of outboard hardware effects devices that are hard to find today. The Lexicon prime-time, Ursa Minor-Space Station, and the Eventide 949 harmonizer for example. Each of these boxes had their own individual character so I couldn't just simply call up a software plug-In and have it match. I needed to find software that matched these devices as close as possible. The original mix notes couldn't be found so I had to figure out what effect and settings were used on each instrument by ear. Sorting the effects and pulling the mixes together took another day. 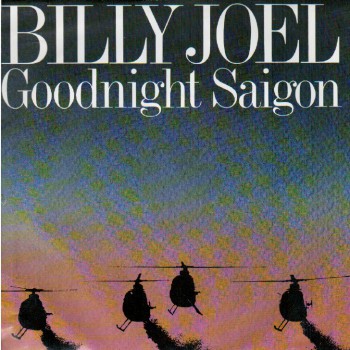 The third day would be the final mix touches and converting to Atmos where I panned the effects and instruments into the three-dimensional sound field. I then added some more contemporary 7.1 4 effects. It was a lot of fun, but it could also be frustrating. The sonic imprint on each song was so strong that it all really needed to be matched as close as possible to the original otherwise the song just wouldn’t feel right. I felt the need to match Phil and Billy's vision as close as I possibly could. 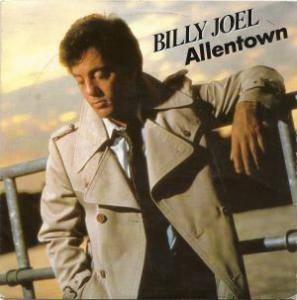 KEF: What were some of the creative things you were able to do with the Atmos mix?
BL: Full of sound effects, The Nylon Curtain is a perfect album for Atmos. There was much fun to be had mixing while still honoring the original intent. The song Goodnight Saigon starts with crickets and jungle sounds which in the Atmos mix completely surround you. The helicopter in the opening starts in the distance and then flies above your head as it passes over. The chorus of soldiers comes from above and behind. The song Laura with its Beatle-esque arrangement was fun to do with a sort of quad treatment with the strings in the rear and the background vocals off to the side very close to you. In Where’s the Orchestra, Billy is very close and intimate as the soloists play off in the distance. Overall, I have subtle effects filling the sound field on most songs.

KEF: Do you see Atmos as a popular format for music in the future?
BL: I expect in the future, virtual reality in games and movies – played on your phone or in a home theater – will all be with spatial audio. For that reason, I expect music will continue to be released in a spatial format so it's compatible with your other entertainment sources. I’ve always loved quadraphonic, it's especially compelling when listening to a live concert. We don't currently have any sort of quadraphonic format and I think it would be great to see classical recordings re-released in Atmos where you can get that actual sound and feeling of being in a great hall while listening to a live concert recording. In general, I'm not a big fan of taking classic records and panning each musician to a different part of the room. I think the song often suffers for it. Exceptions being someone crazy like Frank Zappa. I think his recordings would be brilliant in Atmos, check out Frank Filipetti’s 5.1 mixes of Zappa, but I do enjoy bringing an expanded soundstage, especially to the headphone experience. I expect in the future more music will be created with Atmos in mind with the composer's intent for the music to be a three-dimensional experience.

KEF: You got to hear the first release and the Dolby Atmos release in the studio as a newly finished project, which is a very unique experience.
BL: When I started working on this project, I was actually pretty skeptical about Atmos. In 1982, Billy Joel is on record as saying he wanted The Nylon Curtain to be a great headphone album. I took great pains to match the original stereo mixes and I feel this Atmos version is just an extension of what he wanted. I actually prefer the Atmos version to the original stereo. Of all the albums I've mixed, the Atmos mix of The Nylon Curtain are the mixes I am most proud of, and I hope that Jim Boyer and Phil Ramone would agree.