From the way modern musicians take their solos to the level of musicianship we all have come to expect from our artists regardless of genre, jazz music is at the root of modern music. In the early 20th Century, blues and jazz were indistinguishable from each other. Both were dangerous new musical forms that did not fit nicely into polite society, so as musical styles often do, this new style of music attracted the outliers until changing the culture to become a mainstream force. Generally, 1908 New Orleans is a good place to start when tracing the history of ‘jass’ music, and by the early 1940s, jazz was a musical force. As a dominant force, jazz gave way to popular music in the 1960s, but it never left the scene, morphing styles and influencing musicians along the way.

From our perspective today, we view early jazz as a quaint relic of an earlier, easier time, but the musicians who developed the genre were as rebellious and outside of the mainstream as any artist from any time. It cannot be overstated that the artists who developed early jazz pioneered the way for every musical – and artistic – rebel to follow.  Artists from the psychedelic Sixties, punk Seventies or the hip-hop pioneers of the Eighties and Nineties were simply traveling the road paved for them by the artists who changed the way music and culture interacted. Everything new owes its existence to the artform of jazz, an artform that broke away from what was considered acceptable in a time that was far more difficult to navigate the culture in general than we sometimes comprehend.

In Ten Essential Jazz Artists we’re going to look at musicians who challenged the status quo and changed the artform through the artistic statements that brought us to where we are today. Although this piece is limited to only ten artists who made pioneering contributions to the artform, there are two men who cannot be omitted when it comes to telling the story of jazz music in particular, and American music in general. 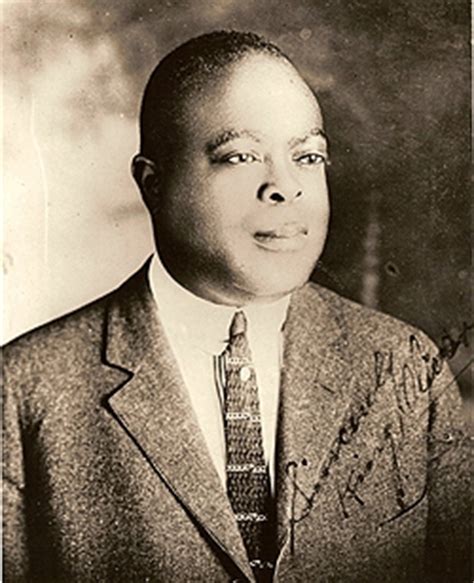 Joe “King” Oliver (1885-1938) should be considered the originator of the trumpet style that would be taken up by those who came after him, a style that is to this day the signature sound of jazz music. Like most trumpeters at the time, his instrument was the cornet, a military staple and forerunner of the modern trumpet. His career took him to Chicago (where he brought a young Louis Armstrong) and New York, but by 1928 when his protégé Armstrong was recording two of the most seminal albums in the history of music, Oliver was working in a pool hall. Health problems took their toll and he died penniless at age 52. 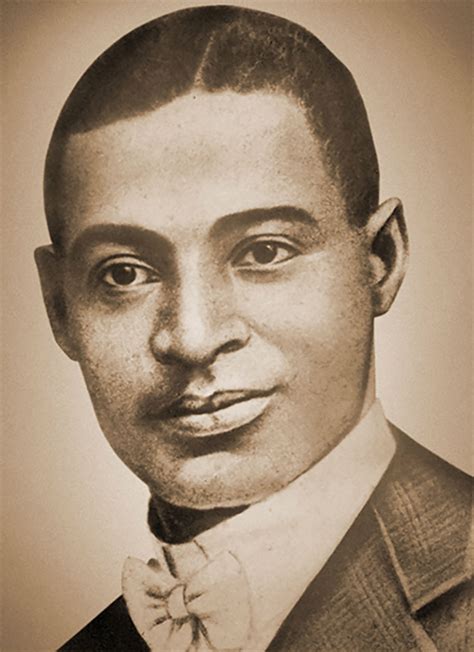 Buddy Bolden was born in 1877 and although not much is known about his early life, by the mid-1890s he was leading a band in the brothels and clubs of Storyville, New Orleans’ Red Light district. He had a mental collapse in 1906 and was committed to a psychiatric hospital where he died destitute in 1931. Bolden’s loud and brash style informed Louis Armstrong’s approach to his instrument and paved the way for the modern soloist and band leader as we came to know them. 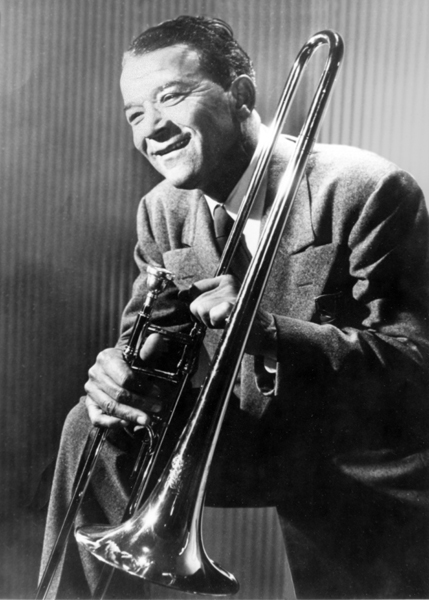 KID ORY. Edward Ory was born in Louisiana in 1886. Ory picked up his nickname and learned the trombone as a child, and in 1908 he gathered an ensemble of local musicians and moved to New Orleans where he and his band earned a reputation as a solid and talented ensemble specializing in the new form of the Delta blues called jass. Ory developed the style of trombone that has become a mainstay in jazz, playing off the more melodic saxophones, trumpets and cornets. In the years after World War I he relocated to Los Angeles where Kid Ory’s Original Creole Jazz Band became the first African-American jazz band to record their music. 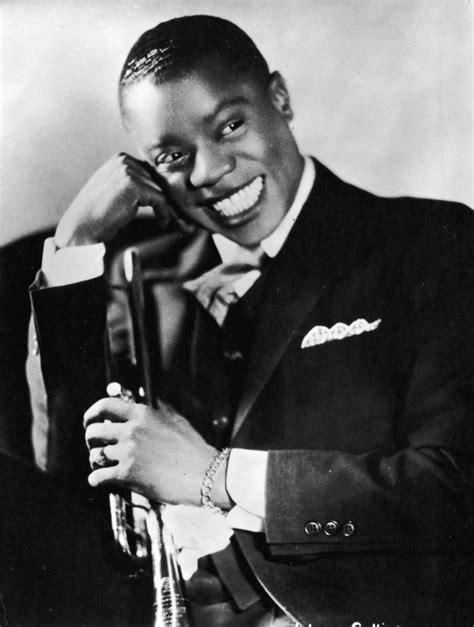 LOUIS ARMSTRONG. Born in New Orleans in 1901, Armstrong’s life story reads like a cultural essay of the Twentieth Century. He was a seminal figure in jazz, as well as the culture at large, bridging societal gaps like no other artists before him. It is not possible to discuss Armstrong’s life and contributions in this type of piece, so we’ll concentrate on the most important jazz albums ever recorded, Louis Armstrong’s Hot Five in 1925 and Hot Seven in 1927. Kid Ory was a substantial contributor to both records. These recordings are often referred to as the “Rosetta Stones of Jazz” and are required listening for any serious student of modern music. The cornerstones of rhythmic styles, improvisations and virtuosity that became hallmarks of the genre were all laid down in these recordings. In fact, both recordings should be considered among the most influential and important recordings ever. 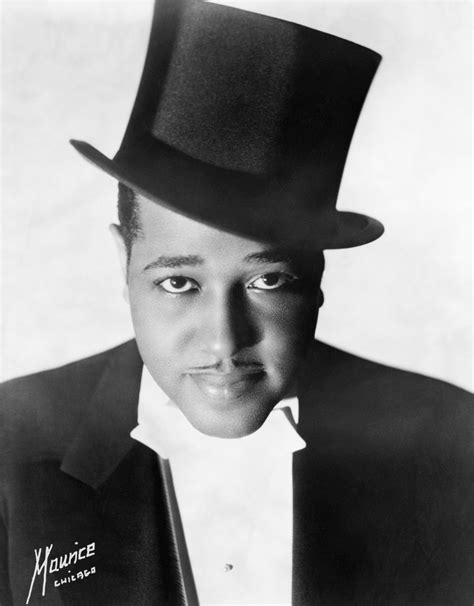 DUKE ELLINGTON. “Beyond category” is how Ellington (1899-1974) described himself in the 1930s. Partial to painting as a child, Ellington did not seriously embrace music until his late teens and by the early 1920s he was a mainstay of the Harlem Renaissance movement. By 1924 he was the leader of his own band and within a few years Ellington and his band were household names throughout the country as CBS featured weekly live broadcasts of Ellington from the Cotton Club in Harlem. Never afraid to experiment, Ellington was the rare artist, even for a genre as forward-thinking as jazz, to maintain relevancy throughout his entire life. In the 1950s and 60s, Ellington worked with bebop artists such as John Coltrane and Charles Mingus, among others at a time when his peers were resting on their laurels. Mostly known today for his seminal “Take the ‘A’ Train,” Ellington’s catalogue features disparate styles from devotional to pop to Afro-Caribbean. More than any other artist Ellington was the leader in the absorption of styles from Africa and the Middle East into the American musical lexicon. 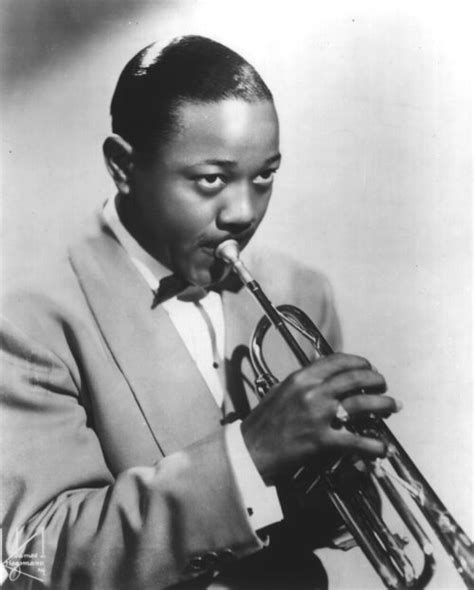 ROY ELDRIDGE. If Buddy Bolden invented the jazz trumpet and Louis Armstrong made it a perfected  staple of American music, Roy Eldridge acted as the bridge between the originators and the innovators of the 1950s and 1960s. Born in Pittsburgh in 1911, Eldridge began playing professionally while still a teenager. Having spent most of his career as a sideman with the likes of Gene Krupa and Fletcher Henderson, Eldridge did not gather the acclaim of his predecessors or peers, but his influence cannot be overstated. He played loud like Armstrong and Bolden, but with the speed and precision normally associated with the saxophone. The likes of Dizzy Gillespie and Miles Davis were all greatly influenced by Eldridge’s groundbreaking style. Listen to Fletcher Henderson’s 1935 “Jangled Nerves,” and imagine how mind-bending those notes were at the time. Saxophonist Chu Berry plays an intricate and roiling solo (0:45) which Eldridge puts the exclamation point on with a sharp and piercing solo that still sounds ‘modern’ decades and decades later. At the time? it may as well have come from another planet. 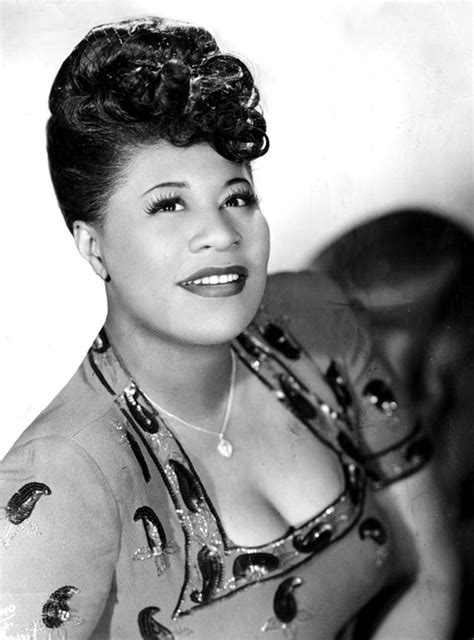 ELLA FITZGERALD. Born in eastern Virginia in 1917, Fitzgerald’s career was remarkable not just for  her smooth and silky voice with the perfect mix of grit when needed. In 1934, seventeen-year-old Fitzgerald became the featured performer in Chick Webb’s popular swing band, but after Webb died in 1939, Fitzgerald became the de-facto leader of the band – a first in the world of jazz, and likely a first in the industry as a whole. Fitzgerald also popularized ‘scat’ singing where gibberish strings of consonants and vowels are strung together rhythmically and melodically – basically becoming another instrumental soloist, akin to a muted trumpet in Fitzgerald’s case. Unfortunately relegated to recording silly novelty songs during the 1940s, she partnered with a new manager and label and in the eight years following 1956, Fitzgerald interpreted over 250 songs from the greatest American composers up until that time. These recordings became the foundation of the Great American Songbook, mostly due to Fitzgerald’s superb interpretive skills and the extreme quality of the musicianship and production.