Tom's Diner and the Birth of the mp3

In 1975, our engineers were among the first engineering teams to do a digital audio recording – about 20 seconds, which back then was quite the feat. The challenges of digitizing music for storage and then being able to play it back have presented themselves to the industry as far back as the late 1960s. As storage size and speed grew, digital music storage for the mass consumer started to become a reality. The CD revolution was in full swing, but even though the CD was leaps and bounds better than analog tape, engineering efforts at the time were exploring even easier and more cost effective ways to store and play music.

Sometime between 1989 and 1990, at the AT&T labs in Murray Hill, NJ, a scientist heard a song. That scientist, Karlheinz Brandenburg, was just your average, every day audio engineering genius who also happened to be working on the codec for a new digital music format.

"I was ready to fine tune my compression algorithm and somewhere down the corridor a radio was playing Tom's Diner. I was electrified. I knew it would be nearly impossible to compress this warm a cappella voice," Brandenburg recalled several years later in a magazine interview. 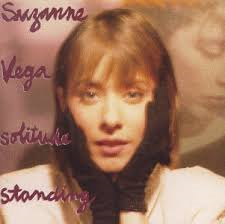 In a documentary for Swedish television in 2009, Brandenburg explained how Tom's Diner continued the journey to becoming the Mother of the MP3. "I was finishing my PhD thesis and I read in some hi-fi magazine that they had used [Tom's Diner] to test loudspeakers. I said, 'okay, let's test what this song does to mp3.' And the result was, at bit rates where everything else sounded quite nice, Suzanne Vega's voice sounded horrible." While Brandenburg and others on his team used a variety of music to test samples of the burgeoning mp3 compression format, Tom's Diner was a track they repeatedly relied on to test the effects of the data compression on the recording.

For a little context, here's some information about storage capabilities in 1990:

1991: IBM introduces the 0663 Corsair. It has eight 3.5-inch platters and stores 1GB but was only available  commercially.

1998: IBM releases the Microdrive, the smallest hard drive to date with a capacity of 340MB on a single 1-inch platter.

Of course, none of these storage devices were small enough – or portable enough – to carry around in your pocket.

Now let's look at how much data storage space a song can take up:

Average songs, when compressed to mp3, take up between 3 and 5MB of data. Let's call it 4MB.

A stereo .WAV file (uncompressed) averages around 10.584MB per minute, so a four-minute song will take up approximately 42.336MB

For reference the iPod Shuffle had a storage capacity of 2GB (around 400 songs in mp3 format or around 47 songs in an uncompressed format).

Twenty years ago or so, as a point of marketing, it was not the quality of the music you could now carry around with you, it was the quantity of music you could carry around with you. In the past ten years storage capabililties have gotten – excuse the hyperbole – amazing when compared to what was available when the mp3 was developed. Following the tech, lossless file formats are easily available and don’t take up a whole lot more space than the original mp3. So, here we are now with a majority of people still using a format that was a cutting edge technology at the time it was developed, even though that format has long ago been surpassed with other compression codecs.

Here's what you miss when you listen to a compressed mp3:

This cool little video was taken from the Ghost in the MP3 Project a research project done by Ryan Maguire at the Virginia Center for Computer Music, and it perfectly illustrates the otherwise intangible bits of music we don't get to experience with a lossy music file. To add another layer of coolness to this video, the images are the ghosts left behind when the video to the song was compressed into mp4 format.

Here is the original re-mixed version used in the above video for comparison of what is missing in the compressed video:

When Brandenburg was working on the original mp3 codec, he didn't use the remixed version above, but instead used the original album mix acapella version:

By using this version, the codec had no where to hide. You would instantly hear any missing nuance or subtleties.

A little bit of history about why we listen to music today the way we do.

And a little PS to the satellite, cable and streaming companies out there: We can get 4k video streamed easily to our homes without much fuss. How about providing us music lovers an opportunity to easily (and inexpensively) stream high resolution music as well?