What Is A 'Point Source'?

In physics, a point source is an energy source with negligible dimensions – a tiny, singular point in space where the energy emanates. In physics terms, a true point source speaker would be infinitely small with the ability to produce frequencies from 20Hz to 20kHz.

In the audio world, we think of a point source somewhat differently: If an instrument resided in a particular spot on the sound stage in the original performance, that’s where you should hear it.That’s why our Blade is the world’s first single apparent source loudspeaker – we perceive the sounds as coming from a true single point source which is the goal speaker manufacturers have been pursuing for the past century.

Even though the sound produced by an acoustic guitar comes from several different places, we consider an acoustic guitar to be a single point source. Same with the human voice. In physics, a drum (or piano, or any other instrument) has many multiple point sources, but in acoustics we consider the entire drum a point source. Simply put, our enjoyment of music increases tremendously when we can identify where on the soundstage an instrument is coming from. We perceive the sounds as being real and therefore more emotional – in short, we are transported to the original performance with all of its emotion, power and excitement.

Some might say your average loudspeaker cabinet is a point source, but this is not necessarily true. In this case, we have to consider the transducer (speaker) a sound comes from. In order to accurately recreate almost every instrument, we need multiple transducers – lows, mids and highs. For example, even though the bass notes from a piano may have their root frequency comfortably located within the domain of the bass drivers, the harmonics that make a piano sound rich and full are spread from the bass drivers to the mid-range drivers and even up into the high-frequency drivers in some cases. With a standard loudspeaker cabinet configuration that means the components of just one single note from a piano are produced from three separate drivers – located in three separate physical locations. The true sound of the instrument has now been changed by the loudspeaker configuration.

he cone of dispersion in front of the loudspeaker where all the frequencies from the different drivers meet is typically extremely small. A listener in this “sweet spot” may perceive the sound as emanating from a point source, but a listener even slightly off that axis will not. The sounds are no longer time-synchronized, so they do not sound like the original source – defeating the purpose of listening to music in the first place. 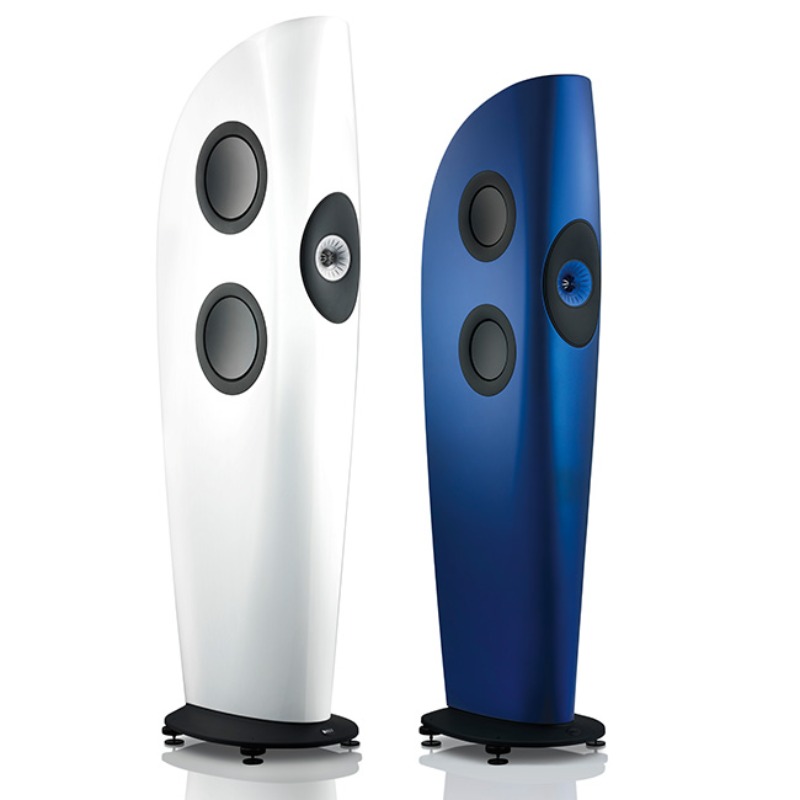 Add in the fact that the further away from the driver a sound travels, the more it is affected by these spatial differences and you can see how difficult it is to reproduce music as it was intended.

A line array is not a point source as the individual drivers reside in different physical locations on the front of the loudspeaker cabinet. A co-axial speaker is not a good point source as there is still a delay (even if it is measured in micro-seconds) between the sound emanating from the mid-range and the sound from the tweeter – the two are still not in the same physical location.

For over thirty years we have been pursuing the idea of a true point source with our work on the Uni-Q driver – an array that contains the mid-range and the tweeter in a carefully positioned relation to each other. We were the first to introduce the concept in 1988 and to date, we hold seven patents for our Uni-Q driver array. We’re still perfecting the technology to this day.

Blade is simply the best example of a single-apparent source, but all our speakers achieve that goal in different measures. Reading a blog piece about this technology may not convince you of the incredible experience in store for you, so do your ears a favor and listen to what music can sound like when it comes from its natural state.