Why You Hate the Sound of Fingernails on a Chalkboard

If you’re like most people, even reading the above list is enough to make you hate this post. If not, you may be one of the lucky few whose ear canal simply doesn't resonate at the same frequencies as the two awful examples listed above. Or maybe your amygdala (the most primitive area of your brain) is far too developed for your own good.

Michael Oehler, professor of media and music management at the University of Cologne in Germany, and his colleague Christoph Reuter of the University of Vienna spent a good part of 2011 subjecting volunteers to sounds to gauge their responses and find correlations between the sounds and our responses to them. What Oehler and Reuter found was that sounds in the frequency range between 2,000 and 4,000Hz are the ones that bother us the most. Of course, there are harmonics and other factors (more on the amygdala in a minute), but generally speaking, similarly produced sounds in lower (or higher) frequency ranges don't affect us in the same way.

For some other reason, the fundamentals and harmonics created by fingernails on a chalkboard or a fork scrapping on a plate make us want to smack teddy bears and otherwise throw tantrums. However, 3 kHz is also within the frequency range of an awful lot of musical instruments, and when played correctly, all of them sound pleasing to us. So, what's the deal?

Is it possible that our ear canals developed to resonate at particular frequencies to excite our amygdalae as quickly and empathically as possible? And if so, why? And what does that have to do with why we hate those sounds so much?

Here's a somewhat abridged attempt to answer them.

Our amygdala processes the formation of emotional event memories, and to all of you who took Psych 101, it's also the place where the FFF responses start (look it up, even though it's from science, FFF is an R-rated concept). It seems the frequencies generated by things like fingernails on chalkboards and the like excite the connections between our auditory cortex and our amygdalae faster and more emphatically than the sounds emitted by your 5th grader's recorder, even though that noise probably currently ranks as your most annoying.
In spite of the fact that Mrs. Seibel was the meanest most scary teacher any second grader ever had, anywhere, in the history of the world, and that she did indeed run her nails along the chalkboard to keep me and the rest of my second-grade class in line, there's probably more to all this than just my bad memories of second grade. But, before we completely discount Mrs. Seibel, we should consider the fact that an unpleasant memory to a 2nd grader in the 20th Century is probably a lot milder than the memory of an early human whose entire social circle just got eaten by cheetahs or lions, but it's a bad memory, nevertheless. 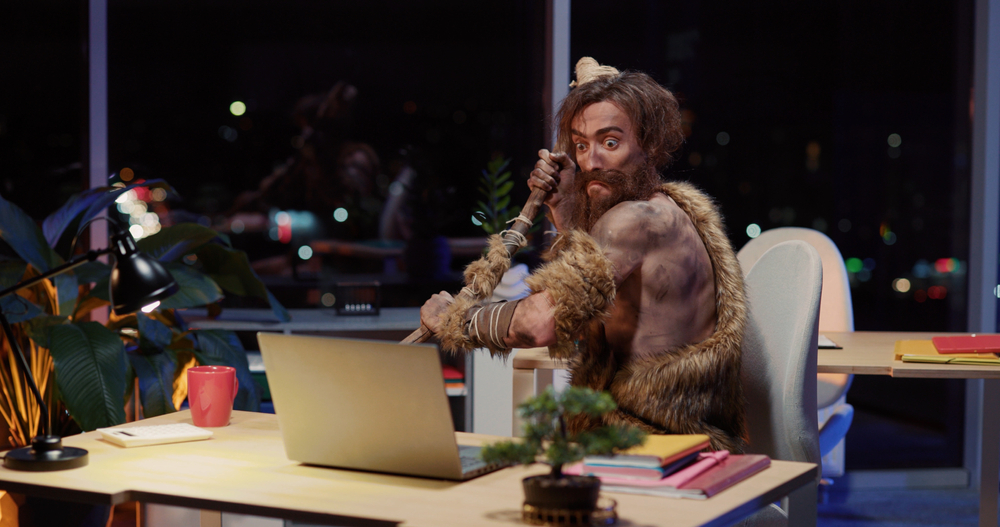 Even though the human speaking voice ranges from around 250Hz to around 5kHz, the sound of a baby crying typically falls between 2k and 4kHz, as do other facets of human speech like yelling and screaming. And there you have it.
By Jack Sharkey for KEF